O’Malley and Vera collided in the UFC 252 co-main event. The bout ended when O’Malley sustained a leg injury, and Vera pounced on his compromised foe to secure a first-round TKO victory.

Speaking on Instagram on Monday, O’Malley suggested—perhaps facetiously—that he’d been “humbled” by his loss to Vera.

In the replies for this post, Garbrandt, the former UFC bantamweight champ, offered O’Malley a bit of reassurance. 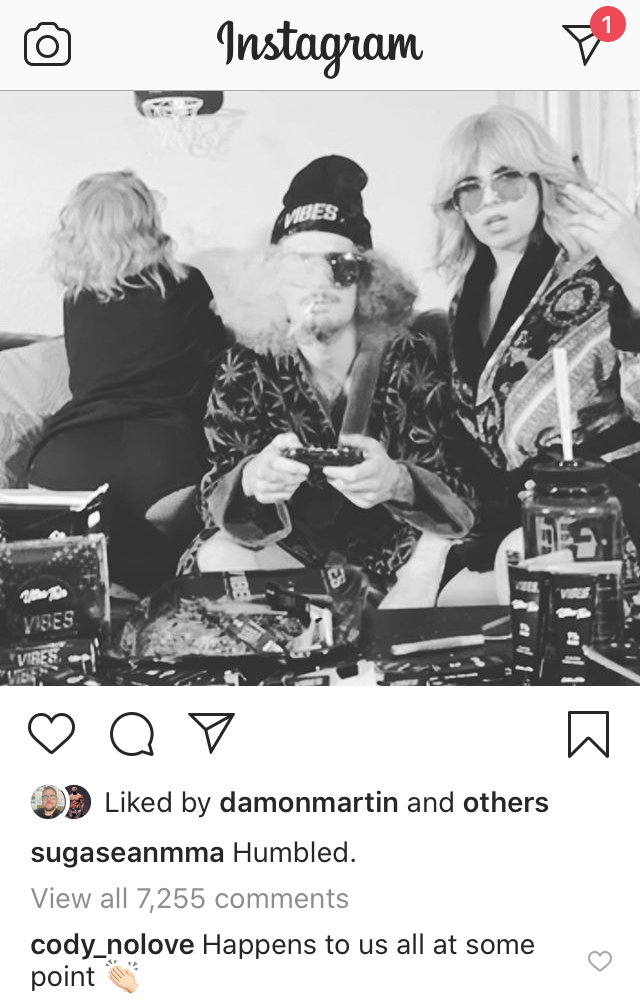 “Happens to all of us at some point,” Garbrandt wrote.

Garbrandt offering this bit of wisdom to O’Malley is likely to come a surprise to many fight fans, as the pair have had almost nothing but trash talk for each other thus far.

Both men fought at the recent UFC 250 card, knocking out Raphael Assuncao and Eddie Wineland in highlight reel fashion respectively. After these victories, the pair began jawing back and forth about whose win was better, and about a potential fight with one another.

“Mine was way better,” Garbrandt told TMZ after the fact, comparing his win to O’Malley’s after the fact. “Way [more] vicious. My dude couldn’t get up.

“I knew that as soon as I started that punch, the trajectory of where it was going, the force and the speed, it was going to connect and knock him out,” Garbrandt added. “It was a picture-perfect punch and just a nice walk off.

“[Assuncao is] leap years ahead of any adversary [O’Malley] has ever fought,” Garbrandt concluded. “Hats off to him. He did good, went out there and performed, got a knockout victory … but you can’t compare when you’re fighting the Top-5 in the world.

“[O’Malley has] never fought anybody in the Top-15, so that’s a huge difference when you’re able to starch people like that at each level.”

What do you think of the words of wisdom Cody Garbrandt sent Sean O’Malley on Instagram?