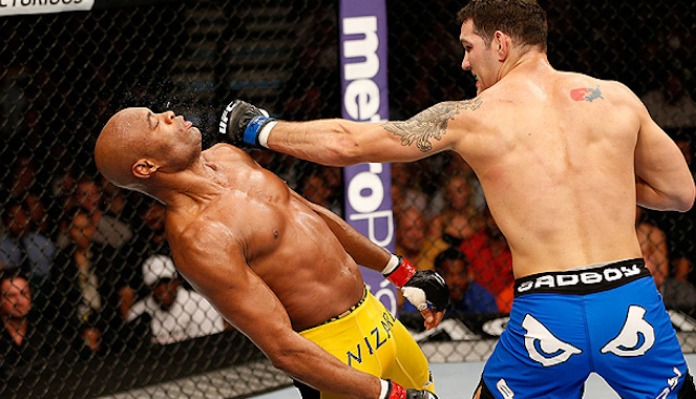 Weidman and Silva fought back at UFC 162 and 168 with the American winning both. In the first fight, he caught the Brazilian with a punch to score the KO and become the new middleweight champion. They then had an immediate rematch and this time the scrap ended due to Silva breaking his leg.

Since then, many fans have called for the trilogy fight to take place. According to Chris Weidman, he says there is no point as he dominated both fights.

“I just don’t see how it is interesting at all. I completely dominated him every single second of every single round that we fought up until the finishes,” Chris Weidman said at the UFC Vegas 6 media day. “So, I don’t really have an interest in fighting a guy that I was able to dominate twice.”

Since the two fought each other, both have struggled as Weidman has gone 3-5 with Silva being 1-4 and one no-contest.

Chris Weidman is set to return to the middleweight division this weekend when he battles the streaking Omari Akhmedov. He is looking for his first win since July of 2017 when he submitted Kelvin Gastelum. The American is confident he will be able to dominate the Russian and work his way back to the top of the 185-pound division.

Anderson Silva, meanwhile, has two fights left on his UFC contract and even Dana White admitted he didn’t know what to do with him. The trilogy bout with Weidman made sense due to the nostalgic feel to it. But, the Brazilian was healing up from surgery. So when he will even return to the Octagon is unknown at this point.

When Silva does come back, if Chris Weidman has any say, it will not be against him.

Would you want to see Chris Weidman vs. Anderson Silva 3?