Chris Curtis is replacing Darren Till against Jack Hermansson at UFC London.

On the ticket was Darren Till (18-4 MMA) vs Jack Hermansson (22-7 MMA) in the co-main middleweight bout.

However, Darren Till has been forced to withdraw from the match due to an undisclosed injury. Till, ‘The Gorilla’, has been struggling of late, with only 1 win in his last 5 fights. Till’s most recent loss was against Derek Brunson (23-8 MMA) in September of 2021. This for sure is yet another setback for the 29 year old Liverpool native. 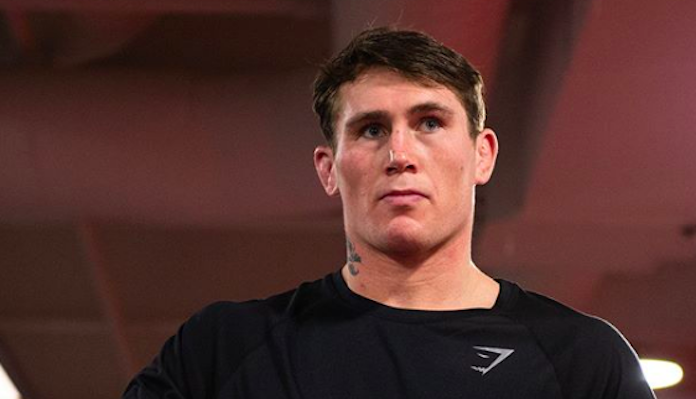 It has been announced that Chris Curtis (29-8 MMA) will be stepping into the Octagon, replacing Till, to face Jack Hermansson at the O2 Arena.

Curtis, ‘The Action Man’, is coming into the match with a record 8 wins in a row, the latest being against Rodolfo Vieira (8-2 MMA) at UFC Vegas 57 less than two weeks ago, on June 25th. Since signing with the UFC, the American has been on a three fight winning streak, two of his victories coming via way of knockout.

Jack Hermansson, ‘The Joker‘, most recently lost to Sean Strickland (25-4 MMA) in February of this year. Hermansson has gone 2-3 in his last 5 fights in the Octagon.

UFC London is being headlined by a heavyweight battle between hometown hero Tom Aspinall (12-2 MMA) and Curtis Blaydes (16-3 MMA). Other notables set for the event are Paddy Pimblett’s (18-3 MMA) return against Jordan Leavitt (10-1 MMA) in a lightweight bout and Nikita Krylov (27-9 MMA) vs Alexander Gustafsson (18-7 MMA) in a heavyweight match-up.

Are you disappointed that Darren Till is out for UFC London? Who do you think will be victorious in the Curtis vs Hermansson bout?