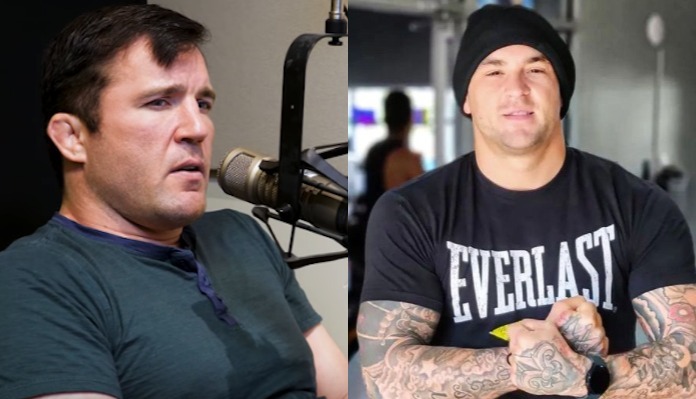 MMA analyst Chael Sonnen has given his thoughts on the altercation between Dustin Poirier and Michael Chandler over the weekend.

Last Saturday night at UFC 276 in Las Vegas, fans got a bit more than they bargained for in the crowd as Dustin Poirier and Michael Chandler got into an altercation during the broadcast. Gilbert Burns, of all people, was on hand to record the interaction, with many being surprised as to how frustrated Poirier seemed to be.

The two men have been going back and forth on social media but few could’ve expected this, with Chael Sonnen being particularly surprised at Poirier’s reaction to the whole thing.

“Poirier and Chandler, what the hell happened there? … Poirier had lost his mind. That is not the Poirier that we know. That is not a Poirier that we have ever seen,” Sonnen said. “We have seen Poirier’s wife insulted. We have seen Poirier get mad about it, but we didn’t see him start yelling and pointing. We didn’t see him yelling so much, with profanity and spits coming out… We saw Poirier pissed off. We saw a side of Poirier we’ve never seen before.

“Chandler also had not seen that side. Chandler was caught off guard… What happened there? … Dustin Poirier is mad, he is offended, he is the aggrieved party, because Michael Chandler did not call him out. It’s the opposite. Chandler called out Conor McGregor by name. Conor wasn’t upset?” Sonnen noted. “In no fashion was Poirier mentioned… I really wanna hear his case on this… This is such an opposite reaction… What got this out of him? Is there more to it?”

What do you think about the showdown between Dustin Poirier and Michael Chandler at UFC 276? Will we see these two battle it out in the Octagon?