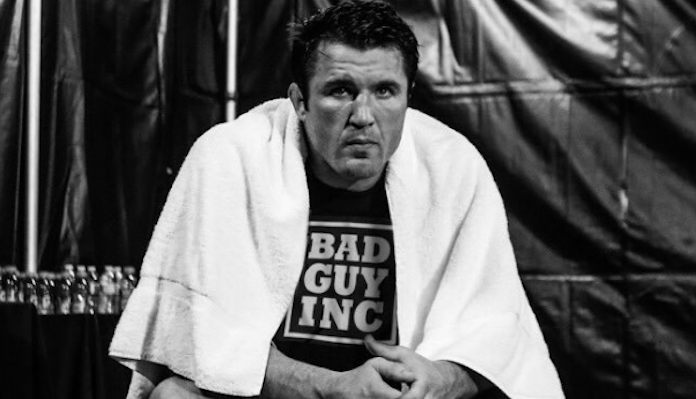 Chael Sonnen, according to ‘TMZ’ is facing 11 charges from an incident which occurred last December 18th, 2021 at the Luxor Hotel and Casino. According to online court documents, Chael Sonnen is facing a felony battery by strangulation charge, along with 10 misdemeanor battery charges — which were all filed on March 14th, 2022.

At the time of the incident, police issued Sonnen with five misdemeanour citations and escorted him off the Luxor property, after being handcuffed and detained, but ultimately he was not arrested or put in jail.

Apparently Sonnen got into an altercation at the Luxor Hotel and is accused of roughing up six people, one of them being a woman. Officials are claiming that Sonnen choked a man, punched and/or struck a woman, and punched and/or kneed others in the head and face during the incident (per TMZ Sports).

Sonnen has not spoken about the incident publicly but podcaster and former fighter, Brendan Schaub has spoken out claiming the fight was about protecting his wife:

“Here’s what happened. Is Chael was obviously working and he was with his wife and his wife is a f*cking saint and also a dime piece,” Schaub said on his podcast. “And some drunk guy with his girl kept making comments about his wife, saying about her t**s, her a**, right in front of him. Well, play stupid games, win stupid prizes, cause you are talking and disrespecting one of the toughest guys on the planet and definitely one of the toughest ever to compete in the UFC or Bellator for that matter. And you’re doing it in front of his face, then there’s gonna be repercussions. And any guy that wanted to do that for their girl/ladies you got a girlfriend.”

Sonnen, 44, the UFC superstar and host of ‘Bad Guy Inc’ which has over 975K followers, is now finding himself with some legal challenges.

Sonnen has yet to comment on the just released charges filed against him.