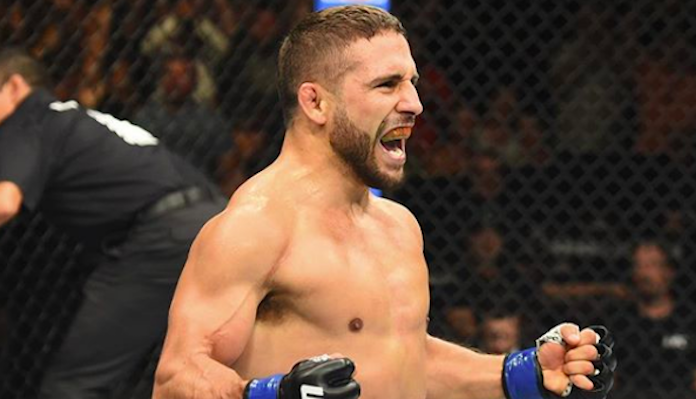 Mendes recently signed a contract with BKFC to make his return to combat sports in bare-knuckle boxing. Now 36 years old, Mendes hasn’t competed in MMA since December 2018 when he was knocked out by current UFC featherweight champion Alexander Volkanovski. Mendes struggled on his way out of the UFC, losing three of his last four bouts, but to be fair to him, those losses came against Volkanovski, Conor McGregor, and Frankie Edgar.

Now nearly three years removed from the end of his UFC career, Mendes signed with BKFC and is expected to return to the cage on October 22 against an opponent TBD. Speaking to MMAFighting.com’s Mike Heck ahead of his comeback to combat sports, Mendes explained how he was able to get out of his UFC contract and fight for BKFC. According to “Money,” he is actually still under contract with the world’s leading MMA organization and has several fights left on his deal. But the UFC has decided to grant him permission to fight in BKFC.

“They technically could have said, ‘You’re not going anywhere – if you’re not fighting here, you’re not fighting.’ But I’ve always had a great relationship with the UFC, and I think this is an awesome thing for them to let me make some money. My hat’s off to them for being cool in this situation. I didn’t [think they would be], honestly. I thought it would be a ‘hell no,’” Mendes said.

While Mendes isn’t completely writing off a possible return to the Octagon down the road, at this point he doesn’t see it happening because his UFC contract isn’t paying him enough.

“I can’t say no. Of course, if the money….for what my contract is right now, hell no. Not a chance in hell. But if we were to talk and numbers made sense and we could get something that does make sense, I would think about it. It’s something I’m not done with. But I just don’t know if that’s ever going to happen. It was fun, but it’s not something I’m missing extremely bad,” Mendes said.

Do you think Chad Mendes will be successful in BKFC?