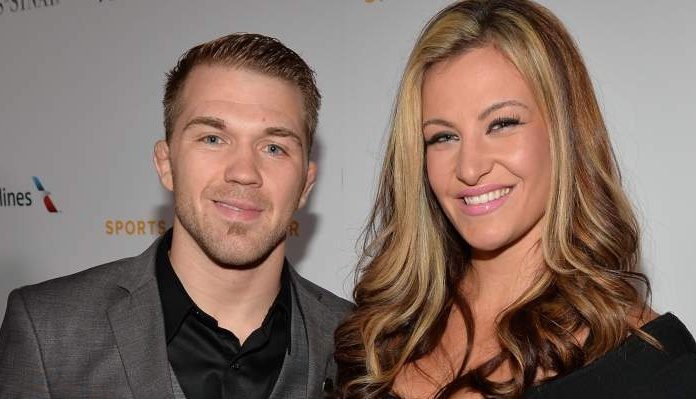 Once a burgeoning contender at 135-pounds, after a myriad of injuries and personal struggles, ‘Kid Lightning’ Bryan Caraway has been out of action more often than he would prefer.

After scoring a big win by handing Aljamain Sterling the first loss of his career in May 2016, Caraway has only fought once since and it was in a close split decision loss to Cody Stamann in March.

Now set to return at The Ultimate Fighter 28 Finale tomorrow night, Caraway updated the MMA community on how he’s feeling now and what it took to get here.

“I feel good. It’s been a while. I’ve been dealing with a lot of personal issues,” Caraway told FanSided. “This last fight [vs Stamann] was really hard for me. My head coach [Robert Follis] passed away. Time has passed and I feel good again. My head is clear and things have been a lot better.

“That was a really hard loss for me. The way he passed away, suicide, was a shocker to a lot of people. It happened five days after I took the [Stamann] fight. I hadn’t fought for almost two years. I’ve known my head coach since I was 18-years-old and he was with me for the last six years in the UFC.

“Also, people know I was together with Miesha Tate for 10 years. I’ve been with her since she started her MMA career. We’re still cool, we’re still friends but it was hard to hear she was pregnant. She told me a week after I was in training camp for that fight. Even though I was happy for her, it was still weird. She was impregnated by one of my teammates after only a year or a year-and-a-half of us breaking up. There was a lot going on. I had other things going on too with my dad’s health, my little nephew was in a severe logging accident. No excuses, just an explanation. It was a really tough time. I’m happy I have most of it behind me. It was nice to be more emotionally present preparing for this fight.”

Caraway and former UFC and Strikeforce bantamweight champion Miesha Tate were practically synonymous with one another throughout Tate’s career. They were partners in life as well as the fight game as they helped coach one another and were always seen in the other’s corner on fight night.

After the Stamann fight, Caraway revealed that things only went from bad to worse as he was released from the UFC temporarily.

“It was miscommunication,” Caraway explained. “I was unhappy with the UFC, I wanted to get really busy. I was begging to get back in there after the Stamann fight and I got nothing. I said I’d fight anyone possible. I was trying to negotiate some pay, I was the lowest paid guy in the top 10. Then we got into an argument. They said, ‘well you turned down these fights before and you got hurt this fight,’ I ended up having a meeting with Dana [White] and I laid it all down on the table. I said, ‘Hey man, I turned down two fights and you guys offered me those fights six, seven days after Miesha and I broke up,’

“I couldn’t even eat food, I probably lost like 30 pounds in a month-and-a-half. I looked like a crackhead. I didn’t want to go public with the breakup at the time because it was only a week after our 10-year-long relationship ended. I thought maybe we’ll work things out. Then it went south, I heard some pretty bad news about the relationship, other stuff I don’t want to get into. It was devastating. It was a mutual breakup at first and then it was kind of cool, it wasn’t that bad. I started finding out more details and then it became gnarly. I wasn’t in the right frame of mind. I really hurt my career, maybe I’m an emotional wuss when it comes to girls.

When I was scheduled to fight Jimmy Rivera, I blew out my shoulder and that just sent me spiraling into depression. I told Dana, ‘this is what happened,’ We hashed things out. He’s a cool guy and he’s understandable. We squashed things out and here I am fighting Pedro Munhoz.”

After everything is said and done, Caraway says it’s all behind him and although it’s still a little awkward between him and Tate, things are all fine. Especially considering that she’s now off to live and work in Singapore as one of ONE Championship’s new Vice Presidents.

Caraway takes on Pedro Munhoz tomorrow night at the TUF 28 Finale on FS1.