Brendan Schaub is not a fan of Khabib Nurmagomedov’s idea for UFC welterweights to boycott Colby Covington.

‘Chaos’ last fought Jorge Masvidal in the main event of UFC 272 earlier this month. While he won the fight in the cage, they had another altercation outside of it weeks later. ‘Gamebred’ reportedly saw Covington at the Papi Steak restaurant in Miami. He then allegedly sucker-punched him, and now is facing felony charges.

Khabib Nurmagomedov is not a fan of Covington pressing charges. The former UFC lightweight champion opined in a social media post that the outspoken welterweight’s trash-talk about families led to the incident. ‘The Eagle’ also called for no UFC 170-pounders to fight Covington because of the charges.

Brendan Schaub doesn’t like that idea. He discussed the situation on The Schaub Show and opined that if Nurmagomedov is that upset, he should just fight Covington. He noted that if it were a case of it being mutual combat, it would be different. But based off all reports, it was Masvidal assaulting his foe. 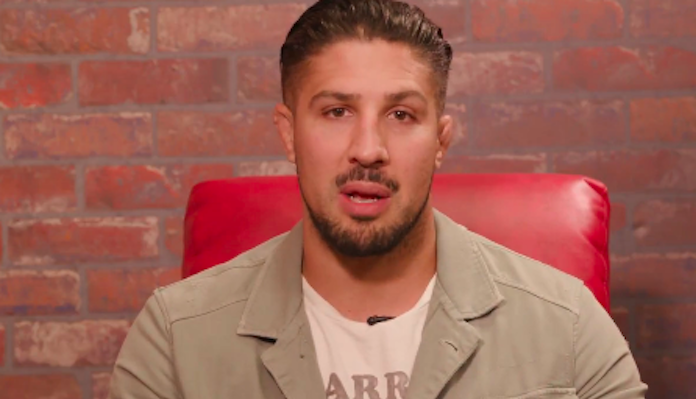 “For Khabib to [say that]… What are you doing dude? Always trying to make the headlines with hot takes, right? And I love Khabib but that ain’t a hill to die on. ‘Boycott fighting him.’ I have an idea, Khabib, why don’t you get out of retirement and beat Colby. Why don’t you do it the legal way? Khabib, he’s keeping himself relevant, he has his fight league and stuff like that. He said, ‘If Conor beats Makhachev, I’ll come out of retirement.’ All good! Keep the same energy here, though. If you don’t like Colby so much, come out of retirement and fight him.” (h/t Sportskeeda)

Brendan Schaub continued, “I’m with [Khabib Nurmagomedov] if it was a regular, even street fight, If [Colby Covington] was aware of what’s going on, cool man, you guys handle it how you wanna handle it. But you’ve got all this bad blood and it leaks out of the octagon and do this? Alright, do it, man. But to sucker punch another man is the biggest bi*** sh** in the world.”

What do you think about Brendan Schaub’s comments?