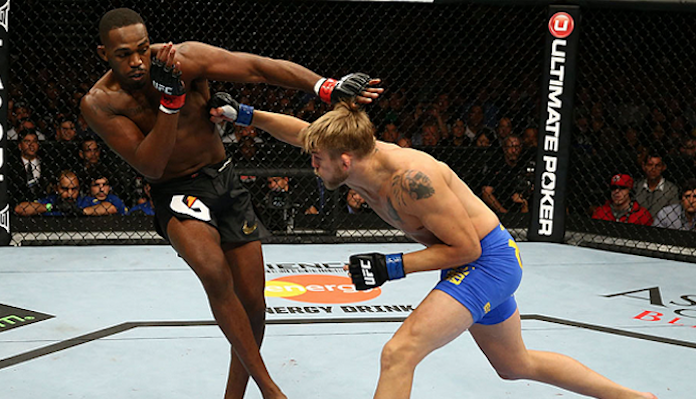 All of this per ESPN.

Jon Jones will enter this fight having not fought since July of 2017, when he knocked out Daniel Cormier. Unfortunately, this bout was quickly ruled a no contest when it was announced Jones had failed a drug test. The title was returned to Cormier, and after more than a year of deliberation, the United States Anti-Doping Agency (USADA), handed Jones a 15-month suspension. Because this suspension is retroactive to the date of his failed test, he’ll be able to fight as soon as the end of this month. He’s 22-1 (1) overall.

Jon Jones and Alexander Gustafsson first met in the main event of UFC 165, in 2013 in Toronto. On that night, Jones walked away with a unanimous decision win, though many fans felt Gustafsson should have been awarded the decision.

Who do you think will come out on top when Jon Jones and Alexander Gustafsson rematch at UFC 232?