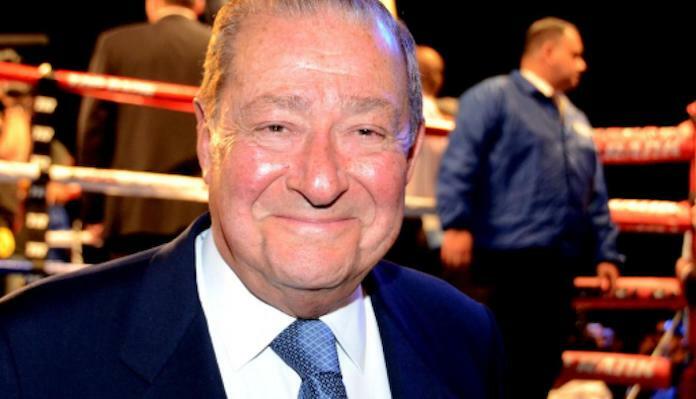 Boxing promoter Bob Arum has shared his thoughts on Jake Paul and how the YouTuber would fare against a experienced fighter.

Paul (4-0) is set to rematch former UFC champion Tyron Woodley (0-1) in his next fight on December 18 in Tampa Bay, this after his original opponent Tommy Fury was forced to withdraw from the event due to injury (more on that here).

Jake Paul has been the subject of much scrutiny. ‘The Problem Child’ was accused of having fixed contracts for his previous fights, which allegedly included a ‘no knockdown’ clause.

Paul has yet to fight an experienced boxer, but to his credit he has earned wins over former MMA champions in Ben Askren (KO) and the aforementioned Tyron Woodley (SD) in his most previous efforts.

Due to the fact that Jake Paul has yet to step in the squared circle with a true professional, legendary boxing promoter Bob Arum has no reason to believe that the former Disney star is the real deal.

Instead, Arum believes Paul would get “demolished” by any experienced fighter no matter what the weight class.

“I have never seen him fight, I don’t know if (Jake Paul) can fight or not fight.” Arum said on The MMA Hour‘. “I’m inclined to believe that an experienced fighter in his weight class will demolish him because you know, an experienced fighter in any weight class will demolish a young fighter no matter what his amateur pedigree is. I cannot see why that would be different.”

If Jake Paul can defeat Tyron Woodley for a second time on December 18th it will be interesting to see what type of opponent he opts to target next.

Do you agree with Bob Arum that Jake Paul would get demolished by any experienced fighter no matter what the weight class? Share your thoughts in the comment section PENN Nation!