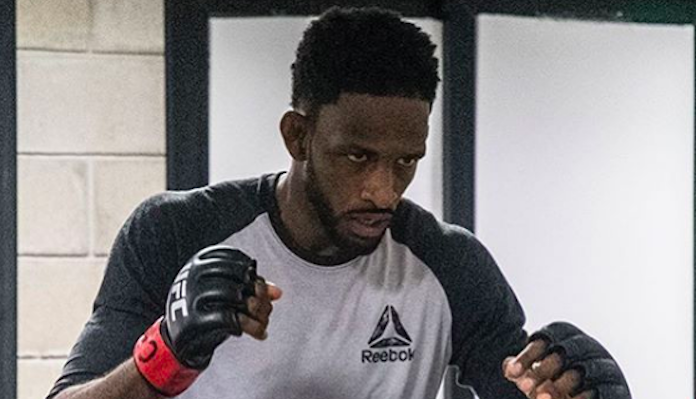 UFC welterweight veteran Neil Magny has doubled down on his callout of budding star Khamzat Chimaev.

After UFC President Dana White recently insinuated that “nobody” is trying to fight ‘Borz’, Magny the No. 7 ranked welterweight kindly reminded everyone that he’s been calling out Chimaev for over a year.

“I know a guy who’s ready!” – Neil Magny captioned a photo of White detailing his difficulties in finding Khamzat a fight.

It did not take long for Magny to get a response out of the Russian-Swede (see that here), but he has yet to hear anything back from Dana White and UFC officials.

With that being said, Neil Magny decided to double down on his callout of Khamzat Chimaev during his recent appearance on ‘The MMA Hour‘.

“This whole Boogeyman idea, that no one wants to fight him, I’m like ‘No man, I’m right here.’ I’ve been trying to fight you for literally a year.”

“I mean like, I’m trying to wrap my head around and I can’t figure out. So last year was this whole, ‘No one wants to fight Khamzat Chimaev’. So Dana White came out and said, ‘You know what? I’m gonna give credit where it’s due, Neil Magny is the only guy that is willing to step in and fight Khamzat Chimaev. I thought when he said that I was gonna be like, ‘Alright cool, Dana White acknowledged that. I’m the only guy who wants to fight Khamzat, this fight’s gonna happen. Let me just go ahead and wait for this contract to come through and yeah, here we are a year later, still discussing the same thing. Last year you weren’t even ranked and I said, ‘Sure, I’ll take the fight.’ This year you’re finally ranked, you’re #11, I’m #7 and still not sure. Let’s make the fight, let’s make it happen.”

Would you like to see a fight between Neil Magny and Khamzat Chimaev booked next by UFC officials? Share your thoughts in the comment section PENN Nation!