Former Bellator and ONE champion Ben Askren believes there are some safe bets for tonight’s UFC 246: McGregor vs Cerrone event.

The welterweight standout, Askren, who recently retired following his submission loss to Demian Maia at UFC Singapore, recently took to Twitter with the following information.

”Hey guys, I’m enjoying breakfast with my beautiful wife. Going to be going to the fights tonight, I’m coach Maycee (Barber) as you guys know. So, I think there is some safe bets tonight. I think that Maycee is a very safe bet. I think that Conor (McGregor) is a very safe bet. And, if you want to have a semi-risky bet, I don’t view it as that risky, I think you go Maycee round one finish, that’s a +140 bet right now.”

Ben Askren would also encourage sports fans to bet on the Green Bay Packers to defeat the San Francisco 49ers in the NFC conference championship. 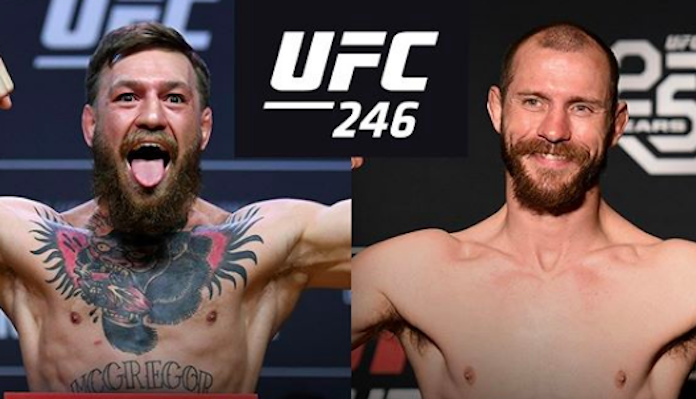 Both men have fought at 170lbs in the past, but are each coming off losses in the promotions lightweight division.

McGregor is coming off a submission loss to reigning UFC lightweight champion Khabib Nurmagomedov which occurred at UFC 229 in October of 2018.

What do you think of the safe bets listed by Ben Askren for tonight’s UFC 246 event? Do you agree with ‘Funky’? Sound off in the comments section below Penn Nation!