The Octagon returns to Las Vegas tonight for UFC 246, a pay-per-view event headlined by a welterweight fight between Conor McGregor and Donald Cerrone.

Conor McGregor will be returning to the Octagon for the first time since UFC 229 in October of 2018, where he suffered a fourth round submission loss to bitter rival Khabib Nurmagomedov in his bid to reclaim the promotions lightweight title.

Prior to the setback, ‘Mystic Mac’ was coming off back-to-back wins over Eddie Alvarez and Nate Diaz respectively.

The Irish superstar has not competed at welterweight since UFC 202 in August of 2016, when he defeated the aforementioned Nate Diaz by way of majority decision.

Meanwhile, Donald Cerrone will enter UFC 246 looking to rebound, this after suffering back-to-back TKO losses to Justin Gaethje and Tony Ferguson in his most recent efforts.

Prior to the skid, ‘Cowboy’ had put together a three-fight win streak which included victories over Mike Perry, Alexander Hernandez and Al Iaquinta. 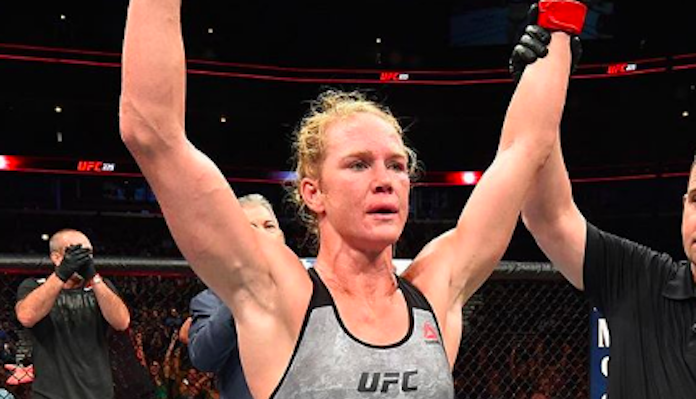 In the co-main event of UFC 246, women’s bantamweight standouts Holly Holm and Raquel Pennington will square off for the second time. In the pairs first encounter at UFC 158, Holly Holm emerged victorious by way of split-decision.

Get all of tonight’s UFC 246: McGregor vs. Cerrone Live Results and Highlights below.

🇷🇺 @OleynikUFC with the submission in his 72nd(!) career fight! #UFC246

DREW DOBER COMING UP LARGE!@DrewDober gets it done in 1️⃣! #UFC246

Who are you picking to win tonight’s highly anticipated UFC 246 main event between Conor McGregor and Donald Cerrone? Share your picks in the comments section PENN Nation!