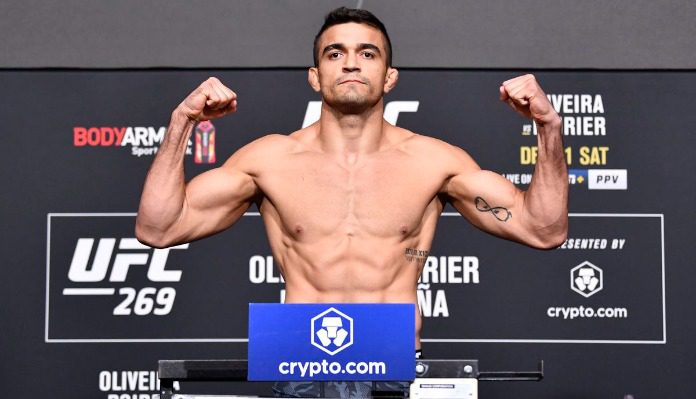 In the early hours of Sunday morning, Muniz was traveling on a bus between the Minas Gerais city of Montes Claros-MG and Rio de Janeiro when the bus collided with a car. According to the Brazilian outlet G1, the car was driven by a 45-year-old man who allegedly drifted into the opposing lane. The passenger, a 50-year-old woman was killed on the scene, the report says.

Muniz – who was on the bus – says he didn’t sustain any major injuries, but he says it was a scare for him and a sad moment given a woman passed away.

“It was a scare. I was sleeping, it was around 3:30 and 4:00. The bus brakes and makes a noise, we think it hit a pothole or something,” Muniz said to Combate. “If someone was not wearing a belt, they hit their face, but I was wearing a belt, it was just the shock of the jolt. We went down and saw the accident, very sad, the woman broke her neck on the spot. We waited on the track for about three hours until the support bus arrived. It’s more the scare of the situation, but no one on the bus was seriously hurt or anything, thank God.”

Andre Muniz is set to return to the Octagon on July 2 against Uriah Hall. He’s currently riding an eight-fight win streak and is a perfect 4-0 in the UFC. The Brazilian also won twice on the Contender Series, once in Vegas and once on the Brazilian show.

Muniz is coming off a submission win over Eryk Anders back at UFC 269 and prior to that, he submitted Jacare Souza at UFC 262. But, the good news right now is Muniz did not sustain any injuries and will still be able to fight in July.

What do you make of Andre Muniz being apart of this crash?