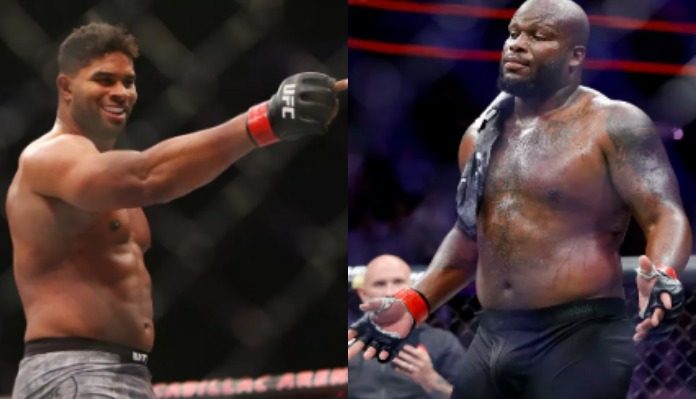 Even though things have simmered down for Derrick Lewis after UFC 229…the heavyweight division is on all sorts of fire right now.

This past Saturday in the co-main event of the UFC’s return to China for UFC Beijing, “The Demolitions Man” Alistair Overeem rebounded in a big way as he put a first-round beatdown on the newcomer Sergey Pavlovich.

Now it’s onto the next as Overeem has challenged the recent title challenger at heavyweight, Derrick “The Black Beast” Lewis to a fight.

I'm hearing you guys want to see a technician versus a brawler. What do you say Hot Balls?

I’m hearing you guys want to see a technician versus a brawler. What do you say Hot Balls?

“Hot balls” is in reference to Lewis’ post-fight interview at UFC 229 where he took his shorts off and said that his “balls was hot”.

At 38-years old, Alistair Overeem showed that he was still a dangerous contender atop the heavyweight division’s elite. In a way and despite his flawless record, Pavlovich was viewed as a step back for the longtime divisional staple. So understandably, the Dutchman now wants to take out a more recognizable face.

For Derrick Lewis, he is fresh off a roller coaster of a month as he fought twice in that time span.

The first of the two fights being his wild hail mary come from behind knockout victory over Alexander Volkov at UFC 229. The other being his somewhat short notice title shot against Daniel Cormier at UFC 230 in Madison Square Garden.

Unfortunately for Lewis, the latter would be a second-round submission loss.

In the UFC’s official rankings, Overeem is currently No. 6 while Lewis is No. 2 which makes the matchup not feel all too logical.

But with the re-emergence of Francis Ngannou after finishing Curtis Blaydes in their rematch and former champion Stipe Miocic still waiting in the wings, things are clearing up a bit at the top of MMA’s heaviest division.

And when any mix of these fighters are put together, it’s sure to be entertaining in one way or another.