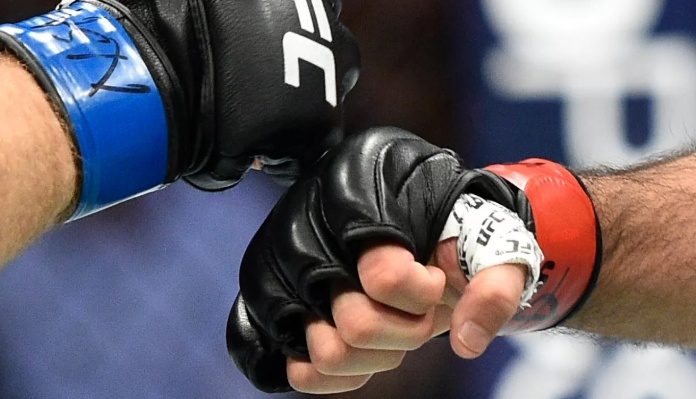 There have been plenty of issues over the years regarding the technical aspects of how the UFC operates. One of which that has never been addressed, however, is the glove style.

When it comes to being an issue, the main reason that the UFC gloves have been problematic in their existence is that of the fact that they don’t really prevent any chance of eye poking. Some may even say that they are helping the chance of it, especially when compared to some other organization’s gloves.

One of the big-name personalities who has been vocal about this being a necessary change is the longtime UFC color commentator, Joe Rogan.

On Rogan’s last Fight Companion podcast for UFC Beijing, he revealed that a new style of UFC glove is indeed being worked on.

”That’s a real problem man, and there is a solution in the works. I can’t talk about it, I’m sworn to secrecy. They have a better glove design that they’re working on right now that someone is working on. I can’t say anything. I’ve already said too much.”

Until anything is officially changed, all we can do is speculate on what the new gloves will end up looking like.

Joe Rogan has been a believer that the gloves used in PRIDE FC were probably the best as they had a curvature to them that pointed the fingers downward rather than allowing them to freely point out forward. Which did indeed limit eye pokes throughout the company’s history.

Seeing as RIZIN FF is owned by the same man as PRIDE was in Nobuyuki Sakakibara, RIZIN too uses the same style of gloves that PRIDE did. Few if any eye pokes have occurred in the organization’s three-year history.