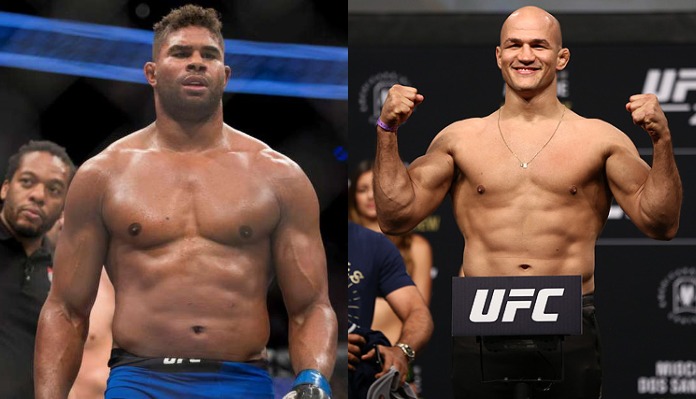 Alistair Overeem and Junior dos Santos have been removed from the UFC heavyweight ranks.

With the rankings being updated every Tuesday, fans were waiting to see if any major changes would take place. Although UFC Vegas 20 shouldn’t have changed up much of the ranks, the heavyweight division saw some notable change as Alistair Overeem and Junior dos Santos were removed from the rankings.

As of right now, there has been no official word on if either Overeem or dos Santos have been released or retired. BJPENN.com has reached out to both fighters and their teams, but they have yet to respond.

Alistair Overeem had made it clear this was his final run for the heavyweight title. The 40-year-old entered his UFC Vegas 18 main event against Alexander Volkov on a two-fight winning streak and if he won, he would’ve likely been in a number one contender bout. However, Overeem suffered a second-round TKO loss.

Junior dos Santos, meanwhile, is on a four-fight losing streak with all four losses coming by knockout. He most recently fought at UFC 256 losing to Ciryl Gane. During his skid, he also lost to Jairzinho Rozenstruik, Curtis Blaydes, and Francis Ngannou. The Brazilian does hold notable wins over Stipe Miocic, Derrick Lewis, and Cain Velasquez, and is the former heavyweight champion.

What do you make of Alistair Overeem and Junior dos Santos being removed from the rankings?