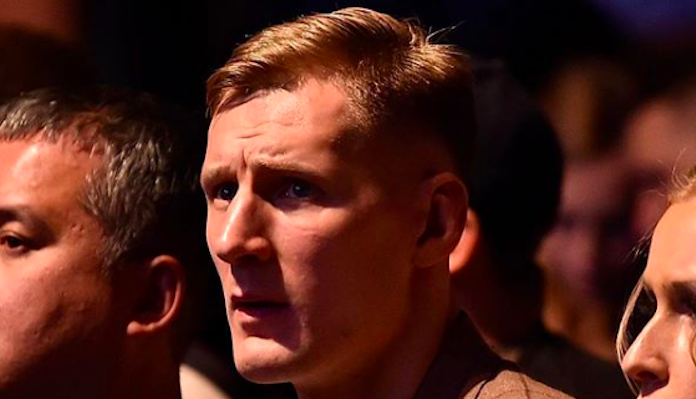 Top-10 UFC heavyweight contender Alexander Volkov has released a statement after his lopsided loss to Curtis Blaydes in the UFC on ESPN 11 main event on Saturday night.

Volkov, who is the former Bellator heavyweight champion, had no answer for Blaydes’ takedowns and top control in the fight, losing a unanimous decision after five grueling rounds.

Despite this loss, the Russian fighter seems to be in good spirits. He addressed his fans on Instagram on Sunday.

“Thank you all for your support,” Volkov wrote in Russian. Different things happen in our work, but I’m not one of those who like to justify themselves. Something was enough, something was not enough. Fight is a fight, I gave all my strength, and inflicted maximum damage to my opponent. The stakes are always high, but not always everything is in our favor. Thanks to those around. Let’s fight for the glory!”

Prior to his loss to Blaydes, Volkov defeated Greg Hardy, and came up short against Derrick Lewis. While he’s been a bit inconsistent of late, he remains one of the very best fighters in the perilous UFC heavyweight division.

While Volkov will now have to return to the drawing board, his opponent Curtis Blaydes seems to be embracing a heel-turn as he closes in on a heavyweight title shot.

“I find the best part about this win, is I predicted this, and I did it for twenty-five minutes. Didn’t look the best, but I’m okay with having a gritty win like that, and I know a lot of fans didn’t like it,” Blaydes said after defeating Volkov. “I’m okay with that. It makes me happy.”

What do you think is next for Alexander Volkov and Curtis Blaydes after UFC on ESPN 11?