Alexander Gustafsson’s harsh luck continues. The Swede has been forced to pull out of his scheduled clash with Ovince Saint Preux at UFC 282.

‘OSP’ broke the news on his OnlyFans page, where he wrote,

Lins is a former PFL champion and comes into the fight on the back of a unanimous decision win over Marcin Prachnio at UFC Fight Night: Lemos vs. Andrade in April.

The reasons for Gustafsson’s withdrawal remain unclear, but it’s a blow for fans of the Stockholm-based star as he faces another setback on the road to rediscovering his former glory. The 35-year-old retired from the sport in 2019 after losing to Anthony Smith via submission in his hometown.

He returned to the Octagon a year later. Making the jump to heavyweight, ‘The Mauler’ got caught in a first round armbar from Fabricio Werdum in Abu Dhabi. On his next outing, Gustaffson returned to light heavyweight only to get knocked out in the first round against Nikita Krylov at UFC London.

A bout with Saint Preux appeared, on paper, to be a good match-up for Gustaffson. The Haitian is riding a two-fight losing streak and is four years old than the Scandinavian. Despite his recent struggles, Gustaffson holds an enduring place in the hearts of fans. His popularity stems, primarily, from his epic title fight with Jon Jones at UFC 165. 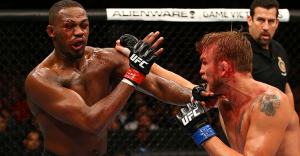 The division has moved on since then. Jones has been on hiatus for two years as talks of his move to heavyweight continue. Meanwhile, UFC 282 is set to be an important night for the light heavyweight division. Jiri Prochazka will defend the belt for the first time in a rematch with former champion Glover Teixeira. The Czech is similar to Gustafsson as a European star who captured hearts and minds with epic knockouts. He also has the added edge of being a modern-day samurai who lives his life inspired by the Book of Five Rings.

Another former champion, Jan Blachowicz will face #3-ranked Magomed Ankalaev in the co-main event. Gustafsson has wins over both Blachowicz and Teixeira, and may well take heart that the latter is still competing for the belt at 43-years-old.

What would the ideal fight for Gustafsson when makes his next comeback? 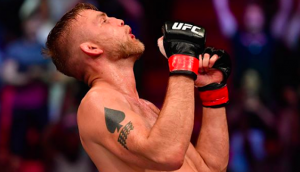 This article appeared first on BJPENN.COM
Previous articleFormer UFC title challenger Thiago Santos calls out Jake Paul
Next articleMiles Johns explains why he left Fortis to train at Glory, hopes for stoppage win over Vince Morales: “I’m trying to be violent when I’m in there”
© Newspaper WordPress Theme by TagDiv