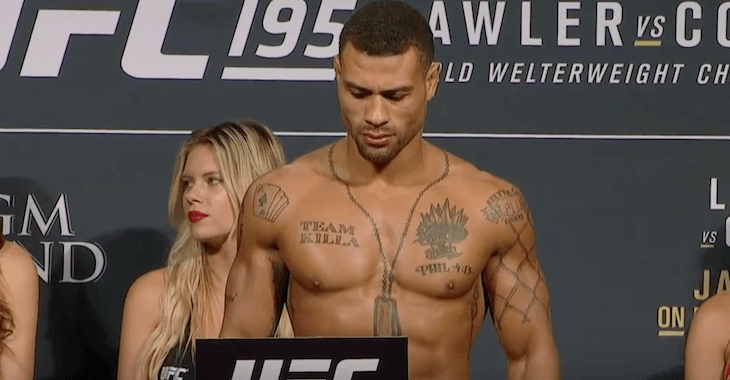 According to a report from TSN’s Aaron Bronsteter, Trujillo has been charged with felony sexual exploitation of a child and felony obscenity. The report says that Trujillo is currently being held on a $10,000 bond in Castle Rock, Colorado.

Here’s more details from the report:

“In Colorado, sexual exploitation of a child is defined as ‘possessing, producing or distributing sexually explicit material (pornography) involving a child under 18’ and this particular charge specifies someone who ‘possesses or controls any sexually exploitative material for any purpose.'”

According to Bronsteter, the charges each carry prison sentences of 12 to 18 months, as well as fines ranging from $1000 to $100,000. Trujillo has not yet made a plea, and he will have his preliminary hearing later this week, according to court records that TSN obtained.

This is not the first time Trujillo has been in trouble with the law. He was previously convicted of domestic assault in 2007 and in 2009 in Iowa. Despite those convictions, the UFC signed him and he fought for the organization for over five years.

Trujillo competed in the UFC from 2012 to 2017, compiling a 6-4, 1 NC record in the UFC. He holds notable wins over Gleison Tibau and Jamie Varner, but is perhaps most well known for getting rag-dolled by Khabib Nurmagomedov back at UFC 160 in 2013. Trujillo was released from the UFC roster last year following two straight losses to John Makdessi and James Vick. He was supposed to fight at the Battlefield Macau card later this month against Will Brooks. Ironically he will be replaced by Tibau, who fought Trujillo in the UFC in 2015.

This is obviously deeply unsettling news and you have to wonder now if Trujillo’s career as an MMA fighter could possibly be over, especially if the charges are proven to be true.