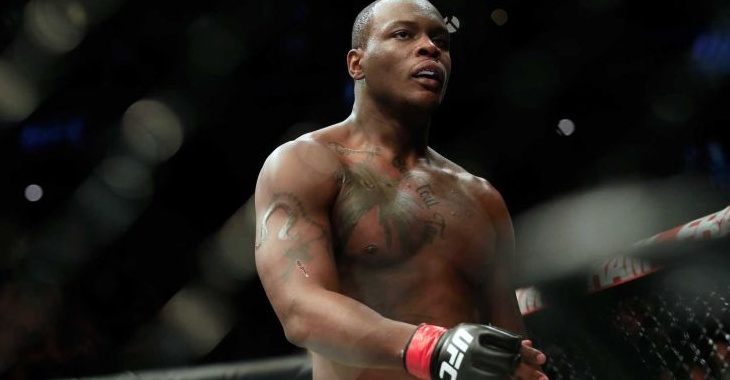 A light heavyweight scrap between Ovince Saint Preux and Tyson Pedro served as the co-headliner for today’s UFC Fight Night event in Singapore.

Saint Preux entered the contest on the heels of a submission loss to Ilir Latifi. Prior to that, “OSP” had strung together three straight stoppage victories over opponents Corey Anderson, Yushin Okami and Marcos Rogerio de Lima respectively.

Meanwhile, Tyson Pedro was most recently seen in action at February’s UFC 221 event in Perth, where he earned a first-round submission victory over Saparbek Safarov. Pedro entered today’s contest with a 7-1 record overall.

Round one begins and “OSP” lands a heavy kick to the body of Pedro. Tyson fires back with a big head kick that catches Saint Preux flush and sends him staggering backwards. Pedro would follow that strike up with a big right hand that sends “OSP” crashing to the canvas. Ovince scrambles back up to his feet but Pedro has him locked in guillotine choke. The submission hold appears to be deep but somehow Saint Preux survives and breaks free. The fighters battle in the clinch against the cage. Pedro drops down for a takedown but it is “OSP” who eventually lands in top position. Saint Preux goes for an arm and locks in what appears to be a kimura. He switches to a straight armbar and Pedro has no choice but to tapout. Another impressive finish from “OSP”. WOW!

Pedro wobbles OSP but he REFUSES to quit! #UFCSingapore pic.twitter.com/4j7Sgv53HE