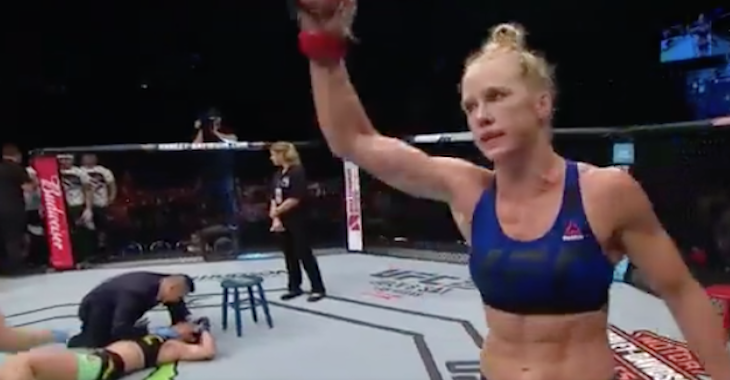 The octagon invaded Singapore on Saturday for UFC Fight Night 111.

After a rather uneventful opening two rounds, Holm was able to land a thunderous head kick on Correia which sent the Brazilian crashing to the floor early in round three. A follow up punch from “The Preachers Daughter” put Bethe’s lights out for good and marked an end to Holm’s three fight losing skid.

Despite being winning the fight cards main event, Holm only pocketed $5,000 from the Reebok Athlete Outfitting pay.

The former heavyweight champion, Arlovski, was defeated by Marcin Tybura in the cards co-main event via decision.

As for former lightweight title holder Rafael dos Anjos, his welterweight debut was a success, as he earned a decision victory over former Strikeforce champion Tarec Saffiedine.