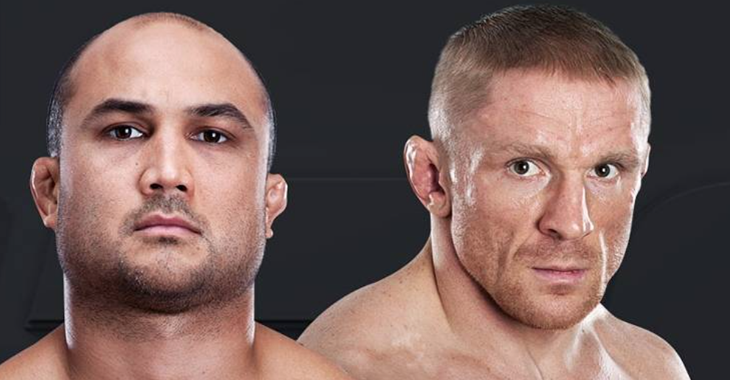 On Sunday night, the UFC touched down in Oklahoma City, Oklahoma with UFC Fight Night 112. The main card of this anticipated, 13-fight event occurred in the featherweight division, where our very own BJ Penn – a former two-division champ and a UFC Hall of Famer – collided with German veteran Dennis Siver.

Though Penn nearly finished his foe in the second round, dropping him with a blistering uppercut, Siver was the far busier man throughout the rest of the fight.

Timed it perfectly. BJ Penn with the knockdown on Dennis Siver, fight still rolling along… 👊🏼#UFCOKChttps://t.co/D782Pj8mbC

Round three was particularly strong for the Russian-born German, as he landed a whopping 51 strikes to Penn’s 9, and battered the Hawaiian Hall of Famer with a damaging onslaught of leg kicks.

Despite Penn’s strong second round, Siver’s success in the first and third ultimately earned him the judges’ nod. He will leave Oklahoma City with a new majority decision win over a legend on his record.

With this win, Siver makes a successful return after a long stretch on the shelf. In his two next most recent bouts, he was TKO’d by Conor McGregor, and decisioned by Japan’s Tatsuya Kawajiri. He is 23-11 overall.

Penn, meanwhile, stumbles to 0-3 at featherweight, having lost his last two bouts to Frankie Edgar and Dennis Siver. The legend is 16-12-2 in sum.

What did you think of Dennis Siver’s defeat of BJ Penn in Oklahoma City?