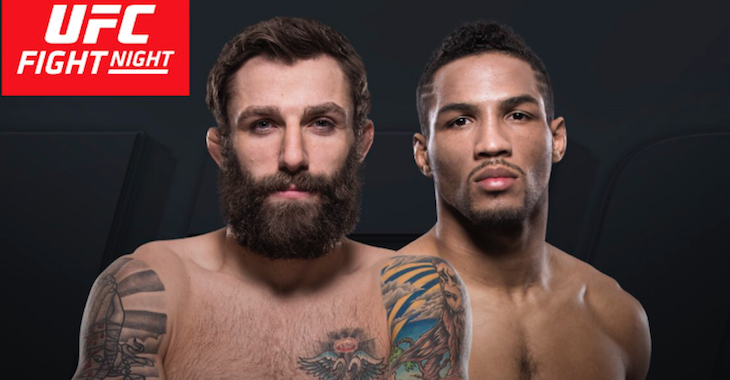 On Sunday night, the UFC touched down in Oklahoma City with UFC Fight Night 112.

This anticipated, 13-fight card was headlined by a lightweight bout between Michael Chiesa and Kevin Lee – two ranked fighters who added a good deal of buzz to their fight when they brawled during the UFC’s Summer Kickoff press conference in Dallas back in May.

The co-main event of this card, meanwhile, saw former UFC welterweight champion and Oklahoma’s own Johny Hendricks take his second fight at middleweight, taking on the dangerous veteran Tim Boetsch.

Other highlights of this card included a strawweight scrap between Felice Herrig and Justine Kish, a heavyweight bout between Joachim Christensen and Dominick Reyes, a welterweight scrap between Tim Means and Alex Garcia, and last but not least, a featherweight showdown between Denis Siver, and our namesake, UFC Hall of Famer BJ Penn.

Stay tuned to this page for live UFC Fight Night 112 results as the card unfolds in beautiful Oklahoma City.

Which fight on the UFC Fight Night 112 bill are you most excited for? Join the conversation in the comments section!