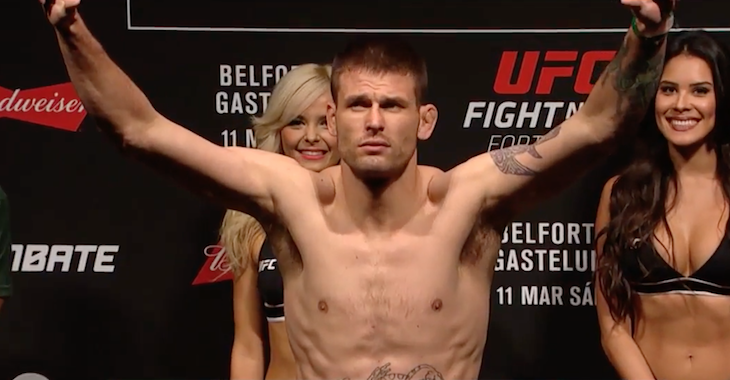 It was a close fight, but in the end, Mean’s rangy striking game, superior striking output, and ability to shrug off the takedown, would earn him a well-deserved decision victory.

The striking consistency of Tim Means earns him the win in front of his home fans in Oklahoma! #UFCOKC https://t.co/OxaMlIDLQg

With this win, Means rebounds from a second-round submission loss to Alex “Cowboy” Oliveira, which was in turn preceded by a no contest with Oliveira. He is now 27-8-1 overall.

What did you think of Tim Means’ big win in Oklahoma City? Join the conversation in the comments section!