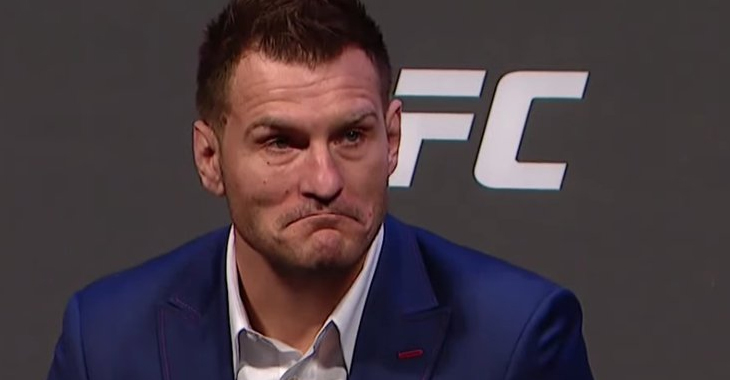 On January 20, the UFC returned to Boston with UFC 220, a massive pay-per-view that featured title fights at both heavyweight and light heavyweight.

In the main event, UFC heavyweight champion Stipe Miocic defended his title by outworking dangerous challenger Francis Ngannou to a unanimous decision, derailing one of MMA’s biggest hype trains in the process.

In the co-main event, meanwhile, UFC light heavyweight champion Daniel Cormier slowed the momentum of surging Swiss knockout artist Volkan Oezdemir, who he took out with a second-round volley from the crucifix position.

While we have known for some time how much the fighters on the UFC 220 bill earned for wearing Reebok per the UFC’s athlete outfitting deal, actual fighter salaries have only recently been disclosed.

While there were some rather paltry paydays on the undercard (two fighters earned just $10,000), the four fighters in the two title fights that topped the bill earned some massive paydays. Combined, in fact, they made almost $2 million, accounting for the vast majority of the card’s total $2,549,000 payout.

Here’s a full rundown of the UFC 220 salaries, via MMAJunkie.com.

What do you think of the fighter salaries for UFC 220? Do you think any particular fighters should have been paid more? Join the debate in the comments section.