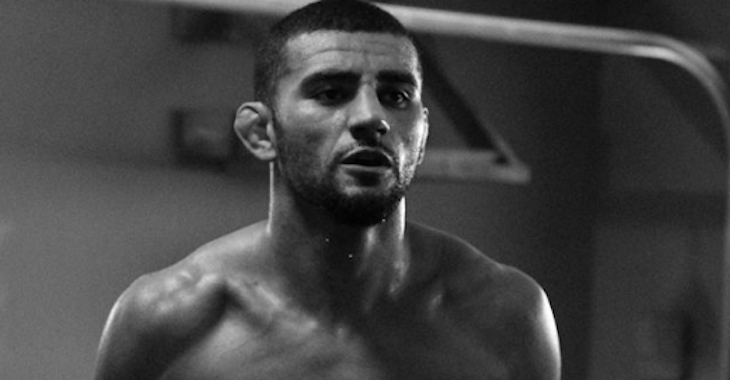 On January 20, in the co-main event of the absolutely stacked Bellator 192, former UFC welterweight title challenger Rory MacDonald captured the Bellator welterweight title with a fun, and very competitive decision win over the dangerous Douglas Lima.

While MacDonald’s win was certainly impressive, not everyone agreed with it. In the eyes of some fans, Lima should have been awarded the win based on the fact that he clearly did more damage over the course of the five-round war, battering MacDonald’s face, and brutalizing his leg with kicks.

Having come up short, Lima is now eagerly campaigning for a rematch. He reiterated his case for a do-over on a recent episode of MMAJunkie Radio.

“That’s the goal right now: Aiming for the rematch as fast as possible,” Lima said. “[It was] a decent fight. Wish I could have done better. Not my best performance. But you know, it happens. Bad night. We’ll be back for sure.”

“The reason I feel that I deserve it right away is because I put up a fight,” Lima added. “It was a close fight. When you’re in the championship, you’ve really got to beat the champion. As far as a fight, I felt like I won that fight. He definitely won on the judges’ [cards]. I have to go back and watch the fight. Man, I’m not making any excuses. I just went there and fought. I lost. It was my mistake, but I fought. I tried to knock him out the whole time.

“When I got my belt back, I really got it. I KOed one of the best welterweights in the world in [Andrey] Koreshkov, and he didn’t get an immediate rematch. But a fight like this, I think I deserve it.”

Do you think Douglas Lima could defeat Rory MacDonald in an immediate rematch?