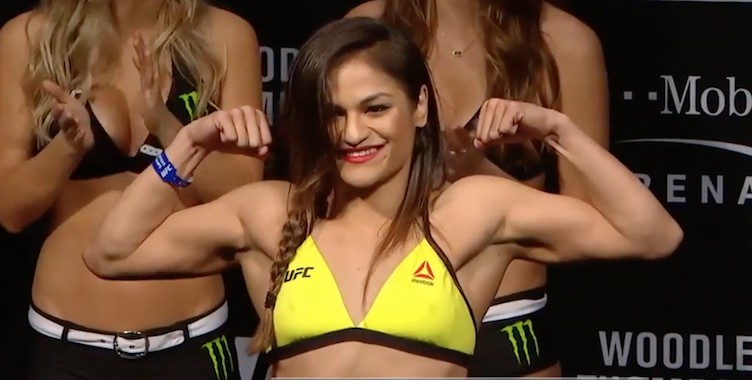 Round one begins and Cynthia Calvillo circles to avoid an early jab. Calvillo presses forward but eats a right hand. Low kick from Calvillo. Calvillo with another low kick, she follows up with a high kick. Calvillo catches it and forces her to the floor. Cooper scrambles up to her feet, but Amanda drags her back down and lands an anaconda choke. It’s not there, but she executes a beautiful transition. The body lock is in, and Calvillo is looking for the choke. She gets the left arm under but Cooper pulls it away. Calvillo still on the back. Cooper is belly down and Calvillo squeezes down on a rear-naked choke forcing Cooper to tapout.

FIRST ROUND FINISH IN YOUR DEBUT?!?! Congrats @Cyn_Calvillo!! #UFC209 pic.twitter.com/1gX5Il0InU