‘The Notorious’ has been out of the cage since his trilogy bout with Dustin Poirier last July at UFC 264. That outing saw McGregor lose via TKO, due to a broken leg he suffered in round one. The brutal injury has left the former champion sidelined for over a year.

Now 12 months later, there’s been rampant speculation on when the Irishman will return. Furthermore, he’s seemingly been called out by an endless amount of stars. Charles Oliveira, Nate Diaz, Dustin Poirier, and even Jake Paul have been rumored for a showdown with McGregor.

However, Conor McGregor is now back in training and has been for a while. The 34-year-old has showcased himself training in clips online. Now, his coach John Kavanagh has given an update on his training.

The longtime coach of the star stated that his pupil is looking great, in an interview with BBC. Kavanagh didn’t pinpoint who, or when McGregor would return. However, the coach stated that the former champion would be great at either lightweight or welterweight. 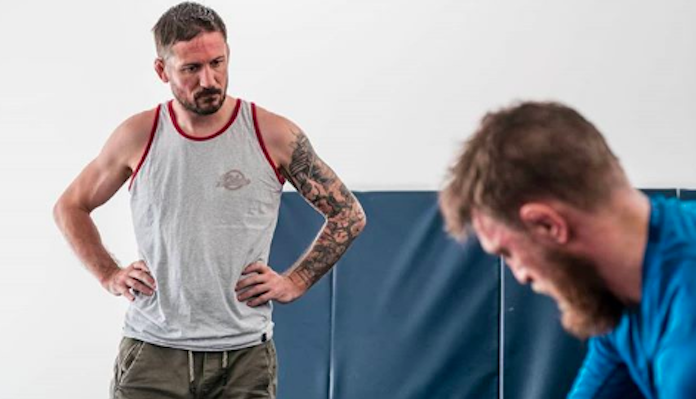 “He’s healthy, happy and it’s great to have him back. The last few sessions in the gym here were MMA-orientated – he’s got the all-clear for that now. He did a great session last night, we got some great rounds in. He hasn’t lost a beat and was looking great.” (h/t BBC)

John Kavanagh continued, “Trust me, I got to have a bit of a wrestle with him last night and I felt it. When that silverback arm goes around your neck there’s a bit of an extra squeeze there, so, he’s very very strong at the moment. But look, when we get to the stage of looking at weight classes and opponents there’s nobody more professional than Conor at making weight and it will all be done properly.”

What do you think about John Kavanagh’s comments? Sound off in the comment section below!