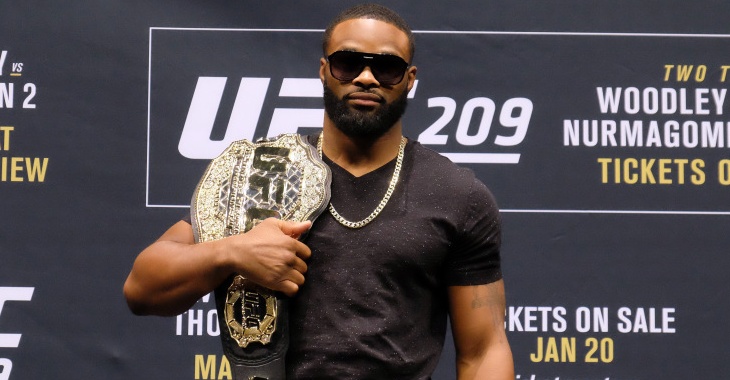 Tyron Woodley has been on the fence for awhile now about whether or not he wanted to get his needed shoulder surgery or if he would continue to postpone it. But after speaking with TMZ earlier today, it sounds like he has made his decision.

“I’m going to go ahead and get this shoulder repaired,” Woodley said. “I’ve been saying, ‘You know what, I don’t want to get it cut on, I don’t want to get it repaired.’ But if there’s no fight that really makes a ton of sense for me to take the risk, to not be 100 percent with my shoulder, then I’m going to go ahead and have it repaired. They’re not going to do a full orthopedic rehabilitation, but they’re going to do a scope and they’re going to anchor down some sides. Then I’m going to get some PRP (platelet-rich plasma), some stem cells. I’m doing everything.”

UFC 214’s co-main event was the last time we saw Woodley step in the octagon when he defended his Welterweight title against Demian Maia earning a unanimous decision win. Since that time, the closest fight rumors we got surrounding Woodley’s next fight were those involving Nate Diaz at UFC 219. Nothing came of this obviously and now we’ll have to keep waiting for an unknown amount of time before we see “The Chosen One” back in action defending…or fighting for a belt.

But of course, his sights are still set on the big fights…one with Georges St-Pierre in particular.

Who should Tyron Woodley face when he returns?