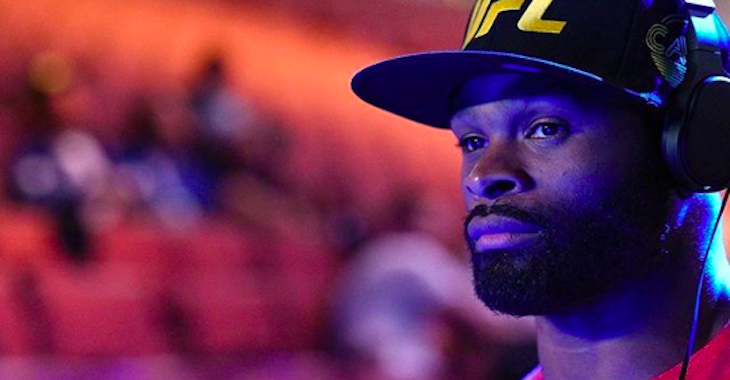 Though UFC welterweight champ Tyron Woodley was briefly linked to a UFC 219 super fight with Nate Diaz, this bout ultimately fell through. With this blockbuster battle off the table, Woodley shared his plan to undergo a long overdue shoulder surgery to repair a nagging injury.

From the sounds of it, though, the champ is re-considering. Speaking to the media during last weekend’s UFC 218 festivities, the champ shared his belief that the UFC might need him in the coming months, and announced that he’s thinking about putting his shoulder surgery off.

“I don’t think I wanna do [the surgery],” Woodley told reporters (h/t MMAMania.com). “I feel strong, I feel good. The game needs me right now, I don’t want to be away from it. I’m highly considering going a different route.”

Of course, if Woodley does put off this surgery, there’s one fight in particular fight he’ll be gunning for: a showdown with former welterweight king Georges St-Pierre, who now owns the UFC middleweight title. Though Woodley initially tried to coax St-Pierre back down to the welterweight division, he has recently floated plans to move up to middleweight in an attempt to corner the Canadian legend.

“I’m not going up to middleweight because I think that will boost me on the pound-for-pound list,” Woodley said. “I want to fight Georges (St-Pierre), and he’s not fighting me at my weight, so I’ll come up and see you there.”

Tyron Woodley won the UFC welterweight title back in the summer of 2016, authoring a blitzkrieg KO of Robbie Lawler. From there, he retained the title after a thrilling draw with Stephen “Wonderboy” Thompson, then defended it in a rematch with Thompson. His most recent defense occurred in July, when he shrugged off Demian Maia to retain this spot on the throne.

Georges St-Pierre, meanwhile, recently returned after a multi-year absence, defeating Michael Bisping with a third-round choke to win the UFC middleweight belt. In his next most recent fight, which occurred all the way back in 2013, he picked up a controversial decision win over Johny Hendricks.

Would you be interested in a middleweight showdown between welterweight greats Tyron Woodley and Georges St-Pierre?