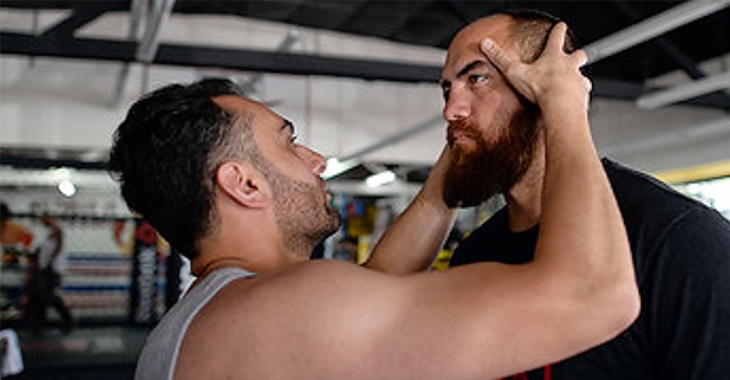 #8 UFC ranked heavyweight Derrick Lewis takes on #9 ranked Travis Browne as the two sluggers attempt to make a statement to the rest of the heavyweight division. Browne, who has faced some criticism after leaving the JacksonWink MMA team to join his girlfriend Ronda Rousey at Edmond Tarverdyan’s Glendale Fighting Club apparently will not have Tarverdyan in his corner for his fight against Lewis, according to Mike Bohn.

Travis Browne confirmed to me that Edmond Tarverdyan will NOT be in his corner at #UFCHalifax. Ray Sefo & Ricky Lundell get the assignment.

However, Browne stated recently that Tarverdyan is still one of his coaches, despite doing his training camp in Las Vegas to get more heavyweight training partners.

With or without Taverdyan or Master Splinter in his corner, Browne is focused only on winning this fight after facing some adversity in his last two contests. “Besides every fight being important, I’m coming off the first two-fight skid of my career. It’s not where I want to be or where I envisioned myself being but it’s where I’m at,” Browne stated. “I’m going to throw everything, even the kitchen sink at this guy.

“He has my full attention. He’s called me out numerous times, it wasn’t the first time. It’s a huge fight for myself and my career and it means everything to me. I’m not involved in this sport to be in second place. I’m out there to have a letter next to my name, not a number.”

What is your prediction for the heavyweight clash between Derrick Lewis and Travis Browne? Let us know in the comment section how and when you predict the fight ending!