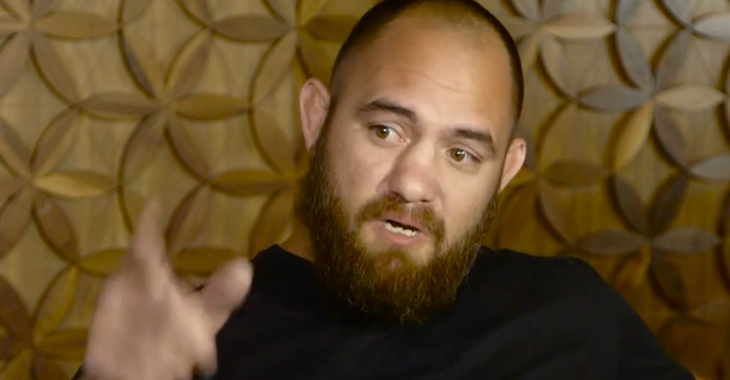 While Travis Browne remains in a relationship with former UFC women’s bantamweight champion Ronda Rousey, reports had surfaced that Browne was doing his training camp at another gym, not Glendale Fighting Club. ‘Hapa’ remained silent on the matter for quite some time, but spoke in length on ESPN’s 5ive Rounds podcast, saying: “He’s still my coach,” Browne said. “He comes out quite a bit. He comes out every week to help. The only difference is it’s not in his gym. The man has a family, he has kids. It’s one of those things, to ask another man to come out for two-three months, you just can’t do that. So this camp he’s not as big a part as he has been previously but he is still part of this camp.

“That’s all it was, that the location of my camp is different. When I was doing my whole camp in Los Angeles, Ricky Lundell would come out once a week, but he’s still my coach. So, it’s the same thing, we’re just doing it out here where I’m getting consistent work with the guys that I need to get done with… It’s just getting consistent work and having consistent bodies out here in Vegas, especially for the guy I’m facing. It’s just one of those things where as a team we felt it better for me to do the camp out here based on the bodies out here. So instead of flying guys in or constantly traveling to different places it’s better to go where the bodies are.” Only time will tell if the duo of Browne and Tarverdyan are able to snap Browne’s two fight skid, and move him one step closer to a heavyweight title shot.