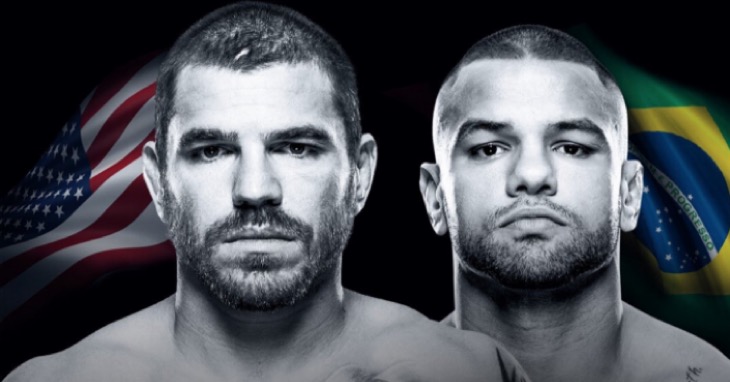 Thiago Alves will not only remain on the UFC 205 card after his original opponent Al Iaquinta dropped out, he will now be headlining the Fight Pass prelims of the UFC’s epic first-ever card in New York City.

“The Pitbull” was initially slated to fight Long Island native “Ragin” Al Iaquinta on November 12 at Madison Square Garden, however Iaquinta withdrew from the card amidst much controversy.

He didn’t fail a drug test, nor did he sustain an injury while training. Rather, Iaquinta revealed that the UFC refused to renegotiate his contract, even though “Ragin” Al was on a four-fight win streak with three of those victories coming by way of TKO.

To add insult to injury, Iaquinta said UFC officials told him he would not be eligible for post-fight bonuses after missing a fighter summit he was required to attend, even though he told the promotion that flying out to Las Vegas for the summit would impact and interrupt his training.

“They listened to every word that I said and when I was done they said ‘well we’re still going to stick with the same punishment, you’re not going to be able to win a post fight bonus for three fights’,” Iaquinta said at the time. “It was their call. I think they had their mind up before I got on that call with them.

“It’s not like I went before a committee or anyone. It was their decision and boom, three fights no bonuses.”

It remained unclear whether or not Thiago Alves would remain on the card following Iaquinta’s withdrawal from their scheduled fight, but the UFC was able to replace “Ragin” Al with Jim Miller, another New York-area native, who is riding a two-fight win streak as he enters the fight with Alves.

“The Pitbull” hasn’t fought since May of last year when he suffered a TKO loss to former interim welterweight champion Carlos Condit.

What do you think of the matchup between Miller and Alves? Who do you see walking away from this fight with a victory? Sound off, PENN Nation!