Thiago Alves is back on UFC 205 according to ‘The Pitbull’ himself. Alves tweeted that he had a replacement following Al Iaquinta pulling out after a contract dispute, and sources are saying it’s none other than Jim Miller.

MMA insider Dizz followed up on Alves’ tweet on Monday with news of Miller stepping in to face ‘The Pitbull’ at UFC 205. 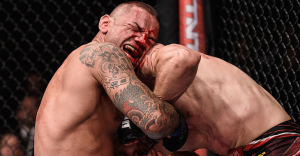 News of Al Iaquinta pulling out of the Alves fight at UFC 205 left the one-time welterweight title challenger without an opponent for the historic first event at Madison Square Garden. Alves was set to debut for the first time at lightweight after a long career at 170 pounds, where he once fought Georges Saint Pierre for the welterweight title back at UFC 100 in 2010.

Looking to breathe some fresh air into his UFC career, Alves appears to be on track to making his 155 pound debut at UFC 205 against the notoriously tough lightweight Jim Miller. 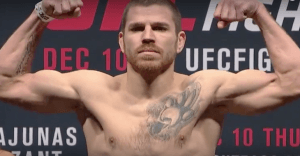 ‘The Pitbull’ hasn’t fought since a second round TKO loss to Carlos Condit in May 2015. Miller will enter the fight on a two-fight winning streak, with a split decision win over Joe Lauzon in a rematch of their classic UFC 155 showdown. Before that, Miller finished Takanori Gomi with strikes in the first round at UFC 200.

Who do you have between Miller and Alves? Will ‘The Pitbull’ debut at lightweight with a victory? Or will Miller pick up his third win in a row? Sound off in the comments section, PENN Nation!