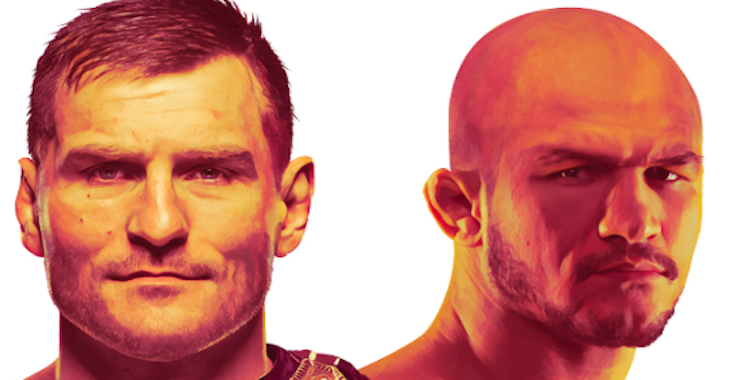 UFC heavyweight champion Stipe Miocic is currently gearing up for his upcoming title defense against Junior dos Santos this Saturday, however despite his recent 4-fight win streak that has seen him finish 4 straight top ranked opponents, Miocic is facing some doubt from the MMA community.

He spoke to Fox Sports to address that doubt: “Keep doubting me, please. I love it. I’m going to keep shutting you up,” Miocic told FOX Sports ahead of his fight against Junior dos Santos at UFC 211.

“Just keep telling me that I’m not good and I’m not going to win and I’ll keep shutting you up.”

“I’m at where I’m at because of that fight. I want to thank him [Junior dos Santos] for that fight,” Miocic said. “Because that’s where I’m at today because of him. I put myself in that position. He’s an animal. He’s a former champ and he’s going to stay a former champ because I’m going to stay champ. Fighting him changed everything. I made a comment to my coach actually that night, I said if we fought tomorrow, I’d beat him. Because I knew what I did wrong and I knew what I had to do.

While Miocic has been on a tear of the heavyweight division, his most recent loss came in 2014, at the hands of Junior dos Santos. That loss of course is the most recent one on dos Santos’ record, and remains to this day one of only two losses on Miocic’s professional record. Only time will tell if Miocic is able to tie the record for most UFC title defenses, or if Dos Santos is able to once again reclaim the UFC’s heavyweight title.

Tune in to UFC 211 this weekend to find out.