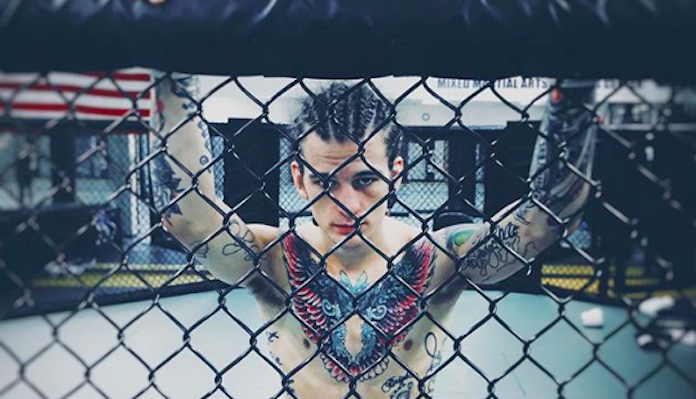 Rising UFC bantamweight prospect Sean O’Malley is suggesting he’ll be fighting in the co-main event of UFC 229, which goes down October 6th in the fight capital of Las Vegas, Nevada.

O’Malley made this interesting claim in a Saturday Instagram post, which included video of one of his many knockout victories. He did not name an opponent for this possible UFC 229 co-headlining bout.

Of course, this could just be a case of wishful thinking from O’Malley. Given that he was briefly expected to headline the upcoming Ultimate Fighter 29 Finale card, however, it’s not unthinkable that the UFC would elevate him to the co-headlining spot of a pay-per-view. It’s also worth noting that it’s rumored that UFC 229 will be headlined by a lightweight title fight between undefeated champion Khabib Nurmagomedov and former division champion Conor McGregor — a fight that could sell a million pay-per-views on its own. As a result, the promotion might use the rest of the card to promote its many prospects — like O’Malley.

Interestingly, O’Malley has previously stated he will fight on the UFC 229 card, though he did not specify he’d be in the co-main event.

“I was supposed to headline that [Ultimate Fighter Finale] card; I was so excited for that,” O’Malley said on a recent episode of the JRE MMA Show. “I think next fight is going to be Oct. 6 in Vegas, the pay-per-view. Hopefully [I’ll] get on that card, but after that, hopefully headline my own. I’d like to fight two more times before the end of the year. [I’m] healing; everything is going good. So I’m hoping Oct. 6, and then maybe November, December.”

If Sean O’Malley does return to action in the co-main event of UFC 229 on October 6, who would you like to see him fight?