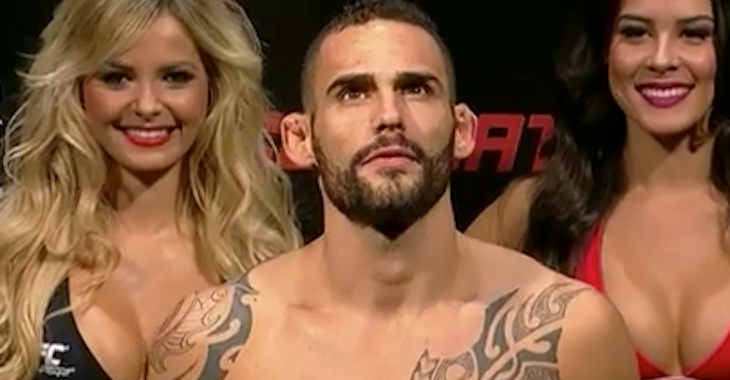 The welterweight division is finally getting some fights at the top booked once again.

First, we had the report of an interim title fight between Rafael Dos Anjos and Colby Covington in the works for UFC 224, then the equally as big one broke as Darren Till and Stephen Thompson headline UFC Liverpool.

And now BJPenn.com’s own Chris Taylor isn’t done there, as he continues the welterweight news stating that a clash in Chile is in the works between Santiago Ponzinibbio and Neil Magny.

A welterweight showdown between Neil Magny and Santiago Ponzinibbio is in the works for #UFCChile on May 19!

A welterweight showdown between Neil Magny and Santiago Ponzinibbio is in the works for #UFCChile on May 19!

The South American, Ponzinibbio was always expected to take place on or even headline this event and while the latter is to be determined, he looks to at least be on the card.

Ponzinibbio is 8-2 in the UFC and currently rides one of the very best streaks in the division with six straight wins and three of which have come by knockout. They haven’t been against easy customers either as some of the names collected include the likes of Gunnar Nelson, Nordine Taleb, Zak Cummings, Mike Perry and Court McGree.

His potential opponent, Neil Magny is also no stranger to stretches of success as he was once on a seven-fight tear before having it halted by Demian Maia in 2015. Magny has gone 5-2 since then with a recent victory over Carlos Condit and looks to restart another lengthy win streak.

Who do you favor in this matchup?