UFC 224, which goes down on May 12 in Rio de Janeiro, Brazil has looked like it could be a very big card from the moment it was announced.

According to BJPenn.com’s Chris Taylor, who has spoken with multiple sources close to the situation, the card is about to get a whole lot bigger, as the UFC is working on a UFC 224 interim welterweight title fight between top contenders Rafael dos Anjos and Colby Covington.

Breaking! According to multiple sources close to the situation, the UFC is targeting an interim welterweight title fight between Rafael dos Anjos and Colby Covington for #UFC224 on May 12 in Rio. Nothing is official yet, but it sounds like the deal could be finalized soon. #UFC

Brazil’s Rafael dos Anjos, who is the former UFC lightweight champion, will enter this targeted interim welterweight title fight on three-fight streak, having bested Tarec Saffiedine, Neil Magny, and most recently, Robbie Lawler since moving up to the welterweight division. His last loss occurred in the lightweight division, where he gave up a competitive decision to the division’s current interim champion Ton Ferguson. Dos Anjos 28-9 in sum.

Covington, who recently alienated the entire nation of Brazil by referring to the country as “a dump” and its people as “filthy animals,” is currently on a five-fight streak composed of triumphs over Jonathan Meunier, Max Griffin, Bryan Barberena, Dong Hyun Kim and most recently, former welterweight and middleweight title challenger Demian Maia. His last loss was a 2015 submission applied by Warlley Alves. He’s 13-1 overall. 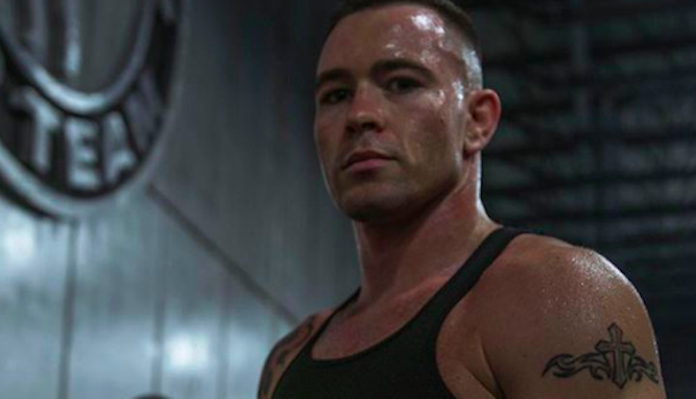 UFC 224 will also feature a women’s bantamweight title fight between champ Amanda Nunes, and challenger Raquel Pennington. It’s not known whether this fight would take priority over this targeted Dos Anjos vs. Covington fight as the evening’s main event.

Who do you think comes out on top in this targeted UFC 224 interim welterweight title fight between Colby Covington and Rafael dos Anjos?