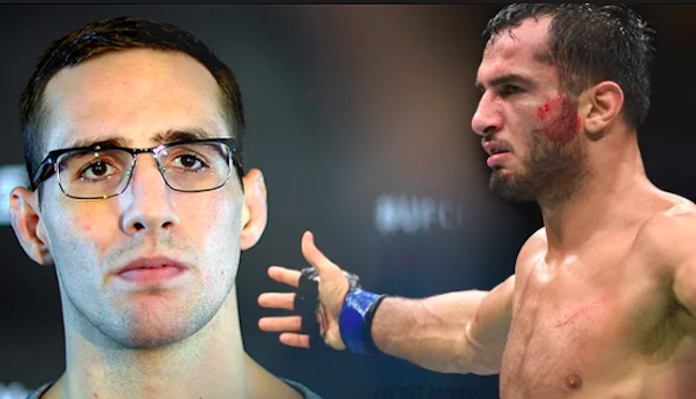 Shortly after winning the Bellator middleweight title with a first-round mauling of Rafael Carvalho, Gegard Mousasi called for a fight with Bellator welterweight champ Rory MacDonald. Not long thereafter, MacDonald answered this call, assuring it’s a fight he wants as well.

Days later, both Bellator champions appeared onThe MMA Hour, where they each explained the appeal of the matchup.

“Obviously, me and Gegard want it and I think the fans want it,” MacDonald said *transcribed by Alexander K. Lee for MMA Fighting). “I think it would be the biggest fight that Bellator, that they could put on right now. In my opinion, if they pass this opportunity by, it would be a mistake because how often can you get this kind of timing and one fight could change the direction of any one of our careers, so I think the opportunity is now and we should take it.”

“[I want the fight] for multiple reasons,” MacDonald added. “Number one, it was my goal to be a champion of middleweight and welterweight. And then Gegard’s been hunting the fight between us, he wants to fight me and I obviously want what he has, so I think that’s great timing. He’s one of the best guys in the world at 185, so who better to fight for a world title at middleweight than him?”

For Mousasi, meanwhile, the appeal is that MacDonald is one of the biggest names available — certainly a bigger name than the other middleweights on the Bellator roster.

“There’s some Russian guy who fought on the same card, he’s good,” Mousasi said of the other options available (transcribed by Shaun Al-Shatti for MMA Fighting). “There’s an American guy, bald guy, he’s good. There’s one jiu-jitsu guy, he’s good. I don’t know any of those names, to be honest. They’re all contenders but you don’t know them, I don’t know them. So for me, if I go and fight them, if I lose to one of them, oh my God.”

“They just need me to lose to somebody who doesn’t have a name, then they’re going to kill me, they’re going to bury me,” Mousasi said. “But Rory is a big name. He’s a big name. If I win, people will know I have a win over a good fighter, a very well-known fighter. So of course it’s, for me, a win-win situation, [rather] than fighting a guy that no one knows.”

Do you think Bellator will make this fight between Rory MacDonald and Gegard Mousasi?