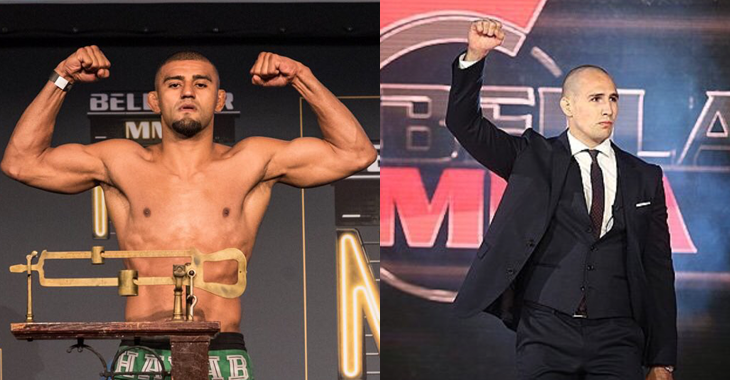 The two fighters didn’t take long to interact on Twitter following the announcement of their fight.

After posting the fight announcement, Lima said on Twitter, “Time to prove some people wrong.. again… Let’s go!! See yal at the Forum in January!”

Shortly after Lima’s post, MacDonald posted the following GIF and simply tagged Lima in it.

Lima replied to MacDonald saying, “That’ll be you in the bottom after the knockdown. 💥👊🏽😎”

That'll be you in the bottom after the knockdown. 💥👊🏽😎 https://t.co/M7RTMMLLch Douglas Lima holds a 29-6 professional MMA record and is on a three-fight win streak. Lima won back the Bellator welterweight title in November of last year, knocking out then-champion Andrey Koreshkov out in the third round. Lima defended his currrent title for the first time against Lorenz Larkin in June at Bellator 180, winning a five-round unanimous decision. Lima’s last loss was against Koreshkov back in July 2015 where Koreshkov won a unanimous decision and took Lima’s Bellator title. Rory MacDonald is 1-2 in his last three fights. MacDonald is coming off his first Bellator fight since leaving the UFC and made a successful debut beating Paul Daley with a rear-naked choke submission in the second round. Prior to the bout with Daley, MacDonald lost a UFC number one contender fight against Stephen Thompson and a title fight to then-champion Robbie Lawler.

Who are you picking to win the Bellator welterweight title fight between Douglas Lima and Rory MacDonald? Let’s get your prediction in the comment section and let us know how and when the fight ends!