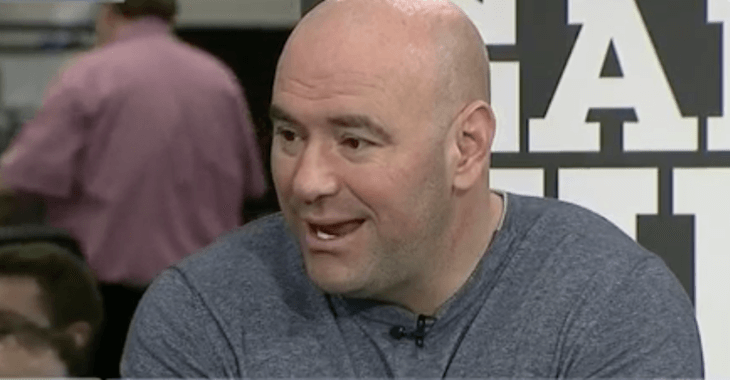 This past weekend, Stephen ‘Wonderboy’ Thompson and Rory MacDonald squared off in a highly anticipated matchup of welterweight contenders for a title shot against the winner of Robbie Lawler vs. Tyron Woodley.

The fight, which went the full 5 rounds, was an extremely technical matchup between two of the best strikers in the welterweight division. Ultimately, Thompson’s precision and ability to stuff takedowns earned him the victory.

Some fans however were criticizing the bout, which didn’t sit too well with Dana White, who spoke on UFC Unfiltered:

“People are shitting on the MacDonald and ‘Wonderboy’ fight. Listen, if you’re shitting on that fight, fucking stop. Stop watching fights and go watch something else you fucking weirdos. If you didn’t like that fight, there is something mentally wrong with you and you don’t know a fucking thing about fighting. People were saying it’s boring, that ‘Wonderboy’ is boring; you are a fucking moron. Take your money and go watch, I don’t even know where to take your money and spend it. You’re a fucking idiot.”

“How about at the end where Rory knows he’s going to lose this fight; so he comes in with just that cross-arm, George Foreman-style and just starts trading with him and ‘Wonderboy’ is just fucking tagging him from every angle, stays in the pocket then spins off to the side. It was just masterful. It was unbelievable. If you can’t appreciate that fight, the durability and the toughness of Rory MacDonald coming in; and what a lot of people do not realize is his nose was all busted up after that Robbie Lawler fight, had to have surgery and his nose got damaged again when he sparred. He got surgery again, in the fifth round he didn’t give a shit and he knew he had to hunt him down, finish him with big shots. Props to Rory as a fucking dog and a warrior, and the unbelievable talent level of ‘Wonderboy.'”