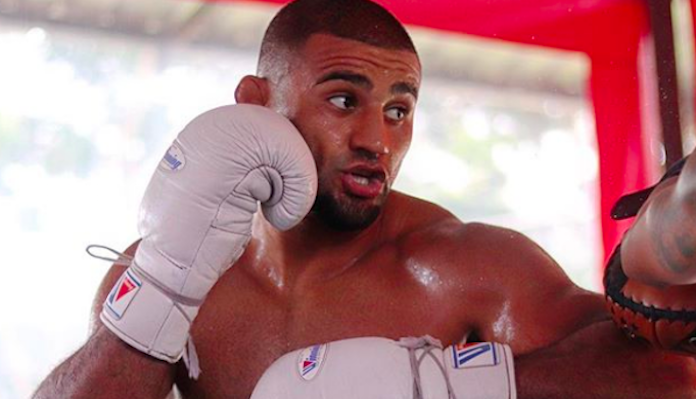 ‘The Phenom’ is set to return this weekend in the main event of Bellator 283. It’ll be Lima’s first bout since his decision loss to Michael Page last October. The defeat marked his third in a row, as he had previously been defeated by Yaroslav Amosov and Gegard Mousasi.

The three-fight losing streak is the longest of the veteran’s career. However, he has a perfect chance to turn his fortunes around this weekend. Lima is set to face Jason Jackson in a five-round welterweight affair. The winner puts themselves right in the title conversation at 170-pounds.

Douglas Lima believes that this is the perfect fight for him to snap his losing streak. In an interview with The Underground, the former champion discussed how his main event is a “win-win” situation for him. Furthermore, he downplayed any thoughts that he has declined.

“It’s the game we play. Every fight is like this. Every fight is tough. I’ve been fighting the best of the world in my division, but it is what it is. When I was younger, you’d probably hear me crying, ‘Yo, should I keep doing this? This is not for me,’ but I mean, I’ve been in this long enough. I’ve been in this game for, like, 20 years, man. Nothing really changes. Some close fights, setbacks – stuff like that happens. Me, I’m just moving forward.” (h/t The Underground)

Douglas Lima continued, “For me, it’s a win-win situation right now, no matter what. I mean, stuff like that doesn’t bug me, I don’t care what people say. I feel good in training, man, I don’t feel like I lost a step. You know what I mean? If I ever see that, if I see that I can’t compete at the top level anymore, I’ll hang the gloves up, but right now, I feel good, man.”

What do you think about Douglas Lima’s comments? Sound off in the comment section below!