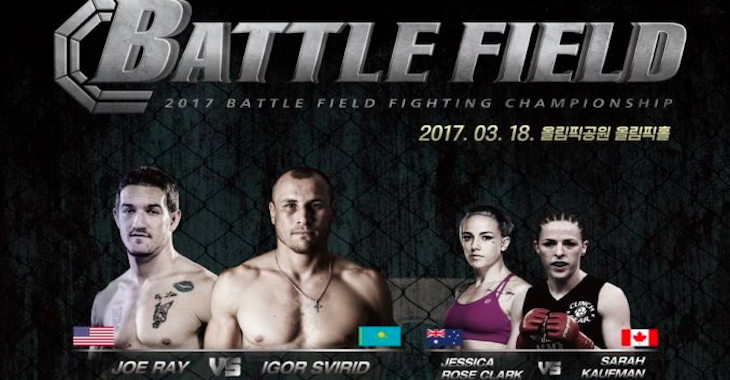 Over the weekend, South Korea’s Battlefield Fighting Championship (Battlefield FC) took over the Seoul Olympic Hall in Seoul, South Korea with an exciting night of mixed martial arts and grappling bouts. Unfortunately, this interesting night of combat sports now has a massive shadow cast over it, as grappling specialist Jeff Glover recently took to Instagram to report that he – and to his knowledge, all other fighters on the card – were given I.O.U.’s instead of payment from the promoter. See Glover’s video below (h/t MMASucka.com).

“Alright, I gotta make this video before I get on this plane,” Glover said in his video. “There’s a chance that nobody gets paid from this (Battlefield FC) event. They promised to pay us all in two weeks. So, I just wanted to let you guys know that, before I get on this flight.”

“Everybody was given I.OU.s from Battlefield MMA in Korea, so we’ll see how that goes.”

This card was headlined by a middleweight bout between former One Championship middleweight title holder Igor Svirid and American Joe Ray, which Svirid won with a first-round submission. The co-main event, meanwhile saw Women’s Mixed Martial Arts trailblazer and UFC veteran Sarah Kaufman compete in her first fight since being released by the organization, taking on Australia’s Jessica Rose Clark. Kaufman won this fight with a unanimous decision. Glover, meanwhile, competed in a 154-pound grappling bout on the card, taking on taking on South Korea’s own Wan Gi Chae. This bout ended in a draw. The Battle FC card was also highlighted by appearances from former UFC lightweight champ Benson Henderson, and women’s featherweight destroyer Cris “Cyborg” Justino.

There seems to be a possibility, of course, that Battlefield FC makes good on their strange IOUs and pays their fighters. If the promotion doesn’t, however, it’ll likely find itself in some very hot water. What do you think of this unfortunate bit of news from Battlefield FC?