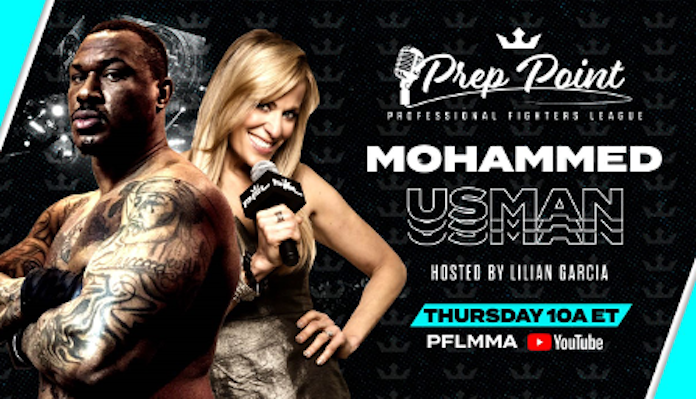 Becoming a world champion would mean the world to Mohammed Usman.

Usman, the brother of current UFC welterweight titleholder Kamaru Usman, is one of the top prospects in the Professional Fighters League’s heavyweight division. Nicknamed “The Motor,” the powerhouse is ready to put his skills on full display for the fans.

Four consecutive wins have been highlighted by a pair of first round finishes for Usman, who is now 7-1 in his career.

Usman will be featured on PFL’s Prep Point hosted by Lilian Garcia this Thursday at 10 a.m. ET. The series airs on the official PFL YouTube page.

The 31-year-old is much bigger than his brother, but comes from the same background, albeit with a twist. Mohammed was a standout wrestler in high school like Kamaru, but he elected to compete in college football for both the University of Arizona and the University of Houston, even recording a sack on NFL superstar Cam Newton.

He might be “little brother” in terms of age to Kamaru, but there is nothing little about Mohammed, who checks in at 6-foot-2 and 254 pounds and models his style of fighting to that of former UFC heavyweight champion Cain Velasquez.

The Fortis MMA-trained Usman debuted in 2017 and scored a first round submission victory over Derrick Williams. He followed that up with another win via kimura in 2017 before securing his first finish by strikes to cap the calendar year.

After suffering a tough decision loss in 2018, along with seeing two bouts canceled, Mohammed Usman has found himself on a four-fight win streak and viewed as one of the top prospects in the heavyweight division.

Do you think the hulking heavyweight will win PFL gold?