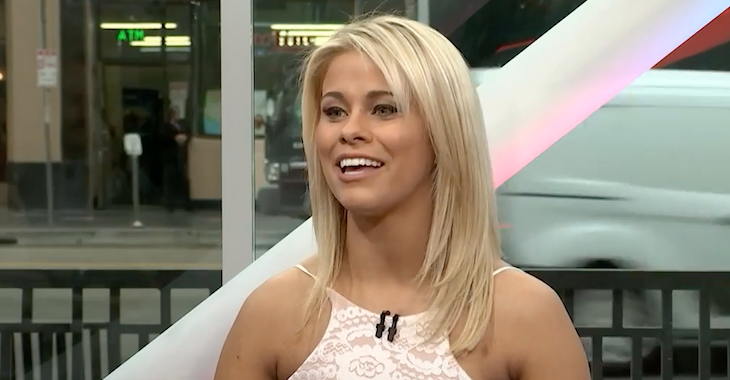 “The Bullet”, Valentina Shevchenko, had recently announced her intentions to drop down to the UFC’s new women’s flyweight division, this following her controversial split-decision loss to Amanda Nunes at UFC 215 in September.

As for Paige VanZant, the former strawweight standout recently announced that she would be making her 125-pound debut in a title fight against this seasons TUF 26 tournament winner.

My next fight is against the winner of the 125 division Ultimate Fighter. Don’t blink.

“My next fight is against the winner of the 125 division Ultimate Fighter. Don’t blink.” – Paige VanZant

Shevchenko responded to VanZant’s tweet on Thursday night, challenging “PVZ” to throw down in January.

Unfortunately for fight fans hoping to see Shevchenko and VanZant throw down this winter, BJPENN.com has learned that “PVZ” has declined an offer to fight with “The Bullet”.

Taylor asked if the UFC had made an official offer to Paige VanZant regarding a potential fight with Shevchenko.

“That is our understanding.” stated Shevchenko’s manager. “We are discussing other options now.”

Valentina Shevchenko is hoping to return to the octagon in mid to late January.

“The Bullet” has gone 7-2 over her past nine fights with both losses in that time coming to current bantamweight title holder Amanda Nunes. Prior to falling short in her title fight with “The Lioness” at UFC 215, Shevchenko was coming off a submission victory (armbar) over Julianna Pena this past January in Denver.

The UFC will head to St. Louis on Sunday January 14 for UFC Fight Night 124. The following weekend the octagon will return to “Beantown” for the UFC 220 pay-per-view event in Boston on January 20.

Who would you like to see Valentina Shevchenko fight next? Sound off PENN Nation!