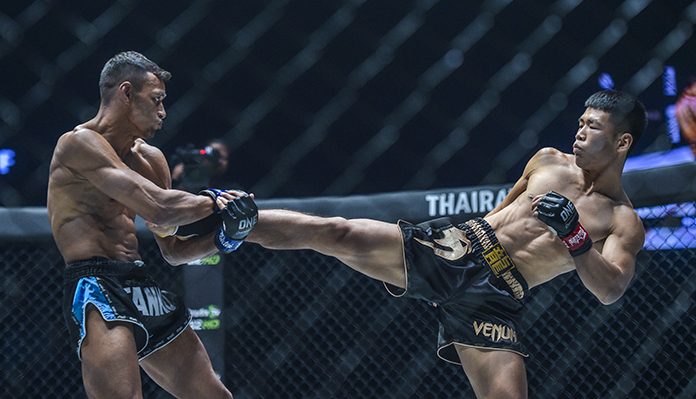 ONE Championship continues to establish itself in mainland China. The next event takes place in Shanghai on 15 June, called ONE: Legendary Quest, and there are five Chinese athletes scheduled to compete on the card.

Those warriors will help to set the table for the co-main event, Yoshihiro Akiyama vs. Agilan Thani, and the main event between ONE Atomweight Muay Thai World Champion Stamp Fairtex against 18-year-old world prodigy Alma Juniku. The match between Stamp and Juniku has a combined age of just 39, which is a record for a ONE Championship title bout.

Here is a look at the five Chinese competitors who will appear at ONE: LEGENDARY QUEST.

Zhang, a bantamweight kickboxer will face Australia’s Tyler Hardcastle on the main card. In fact, it will be the last bout before the co-main event. Zhang has compiled a 46-7 record with 11 KO in his professional career.

Hardcastle is just 22 years old, but he has amassed 30 professional bouts already. Zhang hasn’t established himself as a powerful striker who racks up finishes, but his work rate and toughness are his best attributes. Hardcastle thinks his ability to mimic a Thai fighter’s style is the best thing he brings to the table.

The battle of styles will be intriguing as we prepare for the two featured bouts on the card. 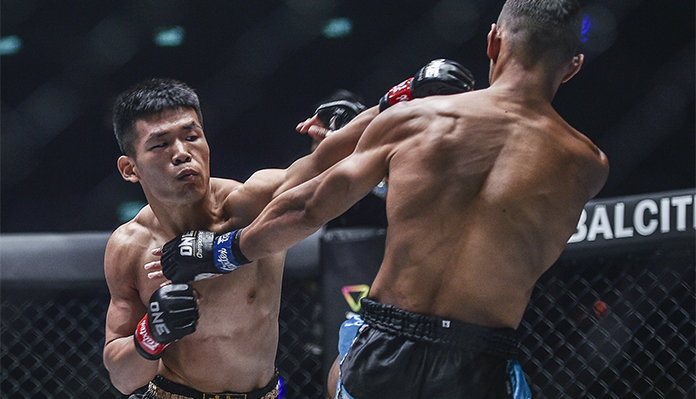 Han is a Muay Thai fighter who has already had an opportunity to compete for the ONE Super Series Bantamweight Muay Thai World Title. He fell short against the champion Nong-O Gaiyanghadao in February. He does own one of the most memorable one-punch KOs in ONE Muay Thai history. His finish of Ryan Jakiri in October 2018 will be forever etched in the archives of the ONE Super Series.

Han’s opponent will be Scotland’s Andrew Miller. The Scot stands 5’11,” and his range and length are incredibly tough to deal with for his opponents. Even with Han’s power, it will be difficult for him to close the distance against Miller.

If the bout between Chen and Anthony Engelen stays on the feet, it could be a firefight. Chen has just six professional mixed martial arts bouts, but he’s 5-1 with four KOs. He’s aggressive and always looking for a finish. Engelen employs a similar style.

He is on a two-bout losing streak which dropped his record to 8-6, but anyone who has watched Engelen compete knows that he has the power to stop anyone in his weight region. There is no shame in losing to Wong II Kwon and Garry Tonon. Now he must get back on track.

Engelen does have an edge when it comes to submission skills. As good of a striker as Engelen is, he’s had more wins by submission than KOs. If Engelen approaches this battle smartly, he will look to take the fight to the canvas. If he can do that, he will make Chen’s homecoming an unfulfilling one. 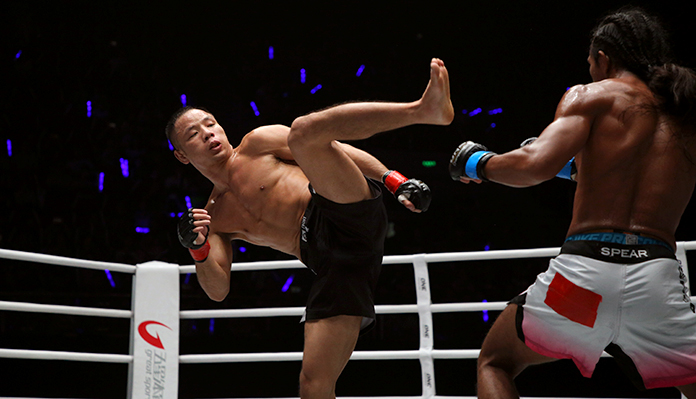 Both Fan and Sherif Mohamed are well-rounded mixed martial artists. Fan has run his record to an impressive 10-2, though he dropped his ONE Championship debut against Reinier de Ridder in January at ONE: HERO’S ASCENT.

Fan wasn’t able to win the ground game against de Ridder, and it will be interesting to see if he tries to compete with Mohamed on the mat, or if he elects to keep the action standing.

Mohamed has faced Thani and Igor Subora, but he has yet to find his way to a victory with ONE. In fact, both men are looking for their first wins with ONE Championship. Fan is expected to emerge victoriously, but Mohamed is the kind of competitor who always shows up to win. The Egyptian will look to end his losing streak and ruin Fan’s homecoming.

Niu is only 23 years old, but he’s already made an impact in ONE’s Featherweight division. Back in January at ONE: ETERNAL GLORY, Niu needed just 32 seconds to KO Sunoto Peringkat with a hellacious head kick. It was only his fourth win in five bouts, but the striking prowess he displayed caught fan’s attention.

In Shanghai, Niu will face long-time ONE veteran Eric Kelly. Without question, Kelly will be desperate. The Filipino warrior has lost a humbling six bouts in a row, and all of the losses have come by stoppage.

Kelly has lost to good opponents (Won II Kwon, Tetsuya Yamada, Rafael Nunes, Kotetsu Boku, Narantungalag Jadambaa and Ev Ting) during the stretch, but if his losing streak hits seven, you’d have to think he would consider hanging up the gloves. As resilient as he is, there’s only so much losing a martial arts athlete can absorb physically and emotionally.

This is probably the most high-stakes bout of his career. There is no one currently on the roster with a longer losing streak.