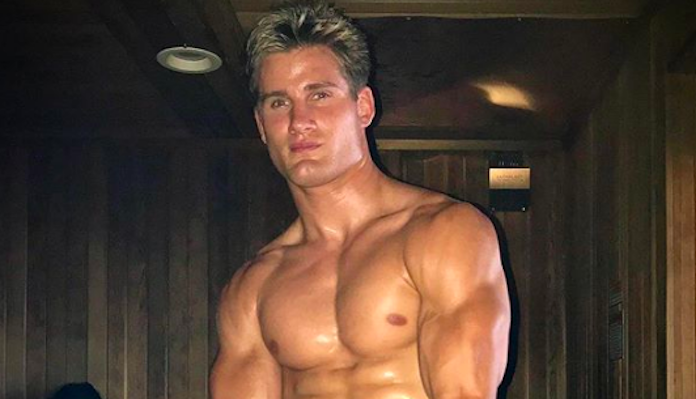 ONE Championship’s Sage Northcutt says he still has not been able to train following a KO loss to Cosmo Alexandre back in May.

Northcutt suffered a brutal KO loss to Alexandre six months ago, losing in just 29 seconds and suffering numerous facial fractures that have left him unable to train.

In an interview with MMAFighting.com’s Guilherme Cruz, Northcutt said that he is unable to train because of the nerve damage he suffered in his face from the knockout.

“It’s been taking a while to heal up. The main thing is my nerves in my face. When I had the injury with the breaks, they almost sliced the nerves all the way through, so my nerve feelings are coming back. I’m waiting for the doctors to give me the OK to come back, but as of now, I haven’t had any kind of MMA training for the last five or six months since my injury, since my fight,” Northcutt said.

Northcutt is still just 23 years old, so time is on the side of the young American. But at the same time, the KO loss to Alexandre was so devastating that it has called into question whether or not he should continue to fight.

UFC president Dana White said recently that he believes Northcutt should hang up his gloves for good.

Despite those concerned for his health and well-being, Northcutt still plans on fighting again once his injuries heal up. He says he’ll drop back down in weight once he returns to action, hopefully sometime next year.

“Obviously I wish that my injury didn’t happen, and I wasn’t set back for five or six months without getting training and improving myself better. I am going back down to 155, where I was undefeated,” Northcutt said. “I was 5-0 in the UFC previously at the weight class. I’ve been undefeated my whole career at that weight class, so I think that’s gonna help out. I was really in a weight class that was too big for me, 185, and I think that had part to do with it also,” Northcutt said.

What do you think the future holds for Sage Northcutt?