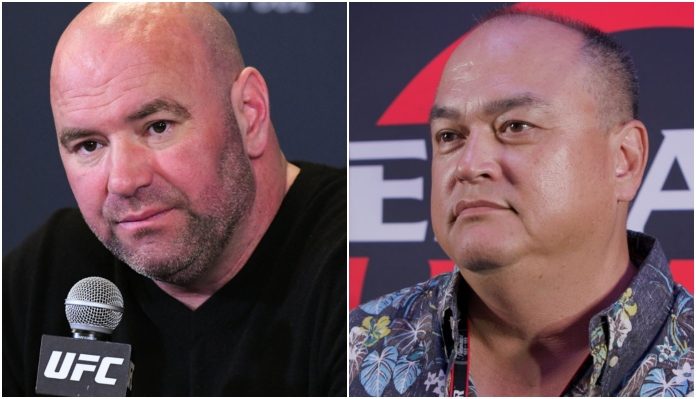 MacDonald had made headlines earlier this year, this after he questioned his desire to inflict pain on others following a draw with Jon Fitch.

Despite his post-fight remarks following the Fitch fight, Rory MacDonald would return to the cage at last weekend’s Bellator 222 event, retaining his title with a unanimous decision victory over Neiman Gracie.

In a recent interview with MMA on SiriusXM, Dana White discussed MacDonald’s post-UFC career, and explained that he believes Rory’s title fight with Robbie Lawler at UFC 189 changed the Canadian forever.

“Yea, I think that umm.. It is a different situation in that because guys say they want to retire or do whatever and then just walk away. And then there’s guys that I let go of, or girls that I let go of, because I think that it is time. You know, but there are other places they can go and make money. But yea I think that Rory (MacDonald) is not the same guy he was going into the Robbie Lawler fight (at UFC 189).”

Dana White is of course referring to the memorable welterweight title fight between Robbie Lawler and Rory MacDonald at UFC 189 in Las Vegas, which resulted in “Ruthless” scoring a fifth round knockout victory. 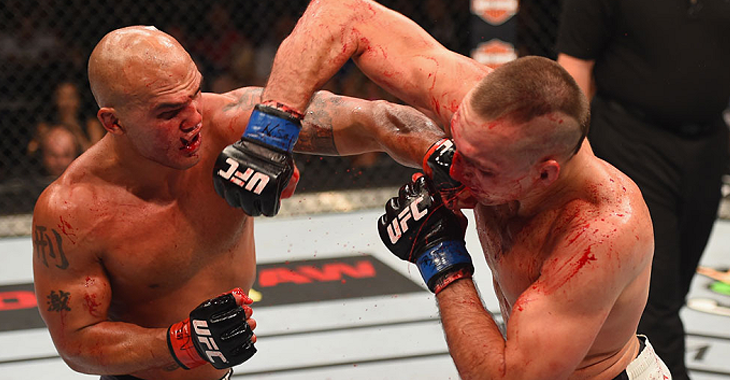 As for what’s next, Rory MacDonald will rematch Douglas Lima in the finals of the Bellator welterweight Grand Prix. That fight is expected to take place later this year.

In regards to Robbie Lawler, UFC President Dana White recently stated that the promotion is looking to rebook the former champion in a rematch with Tyron Woodley.

Do you agree with UFC President Dana White that the fight between Rory MacDonald and Robbie Lawler at UFC 189 permanently changed the Canadian as a fighter? Sound off in the comments section PENN Nation!