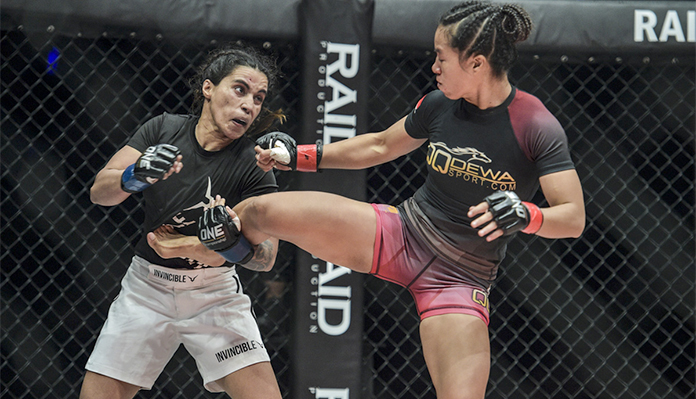 Puja Tomar may not be a name you hear often, but this Friday night at ONE: A New Tomorrow, she looks to score a huge upset against one of ONE Championship’s brightest young stars.

Tomar is set to take on two-sport World Champion Stamp Fairtex in a three-round atomweight contest. The bout airs live from the Impact Arena in Bangkok, Thailand on January 10.

With Stamp entering the bout as the reigning ONE Atomweight Kickboxing and Muay Thai World Champion, naturally, all eyes will be on the Thai superstar. This hasn’t fazed Tomar one bit, as she plans user her veteran experience and skills to score a huge upset.

“I have more experience than she does, and I think that will play a key factor in this fight,” Tomar said.

“I plan to use my knowledge and experience to my advantage and show her some looks that she has not seen before. I am going to make tough for her, and then hopefully come away with the victory.”

Although she’s had her fair share of setbacks in the past couple of years, Tomar remains confident she can turn things around. “The Cyclone” does have her work cut out for her, however, as Stamp is arguably the best striker in the women’s division. 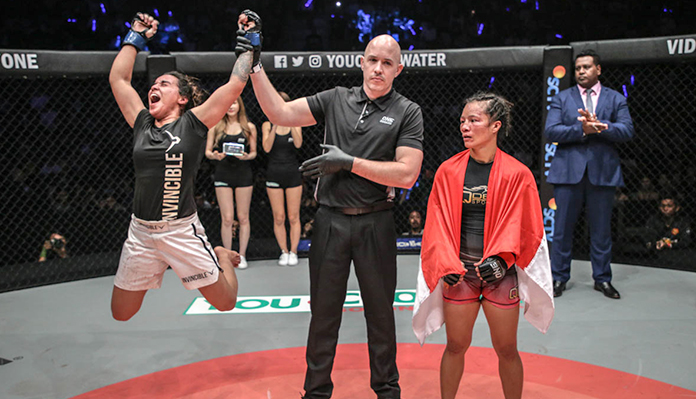 Aside from that, Stamp is no doubt the promotion’s newest star next to Angela Lee.

“This is no doubt the biggest fight of my career up to this point,” Tomar said. “There is a lot of pressure to perform well here, but I am working very hard in training so I can give a good showing.”

“I was very happy and excited when they called me up to offer the bout against Stamp Fairtex,” Tomar said.

“She is a two-sport World Champion in ONE Championship, and one of Asia’s biggest names in martial arts.

“It is an honor to test my skills against her. I am looking forward to an intense battle.”